The man's swabs have also been taken for a coronavirus test, government sources added. 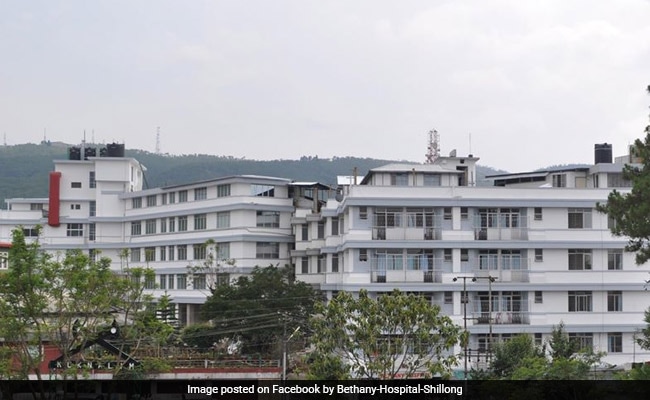 A 26-year-old patient at a hospital in Meghalaya's capital Shillong allegedly committed suicide early Tuesday morning by jumping off from the window in his ward. Bethany Hospital was declared a containment zone on Monday night after a 69-year-old doctor from the hospital had tested positive on Monday.

The police have registered a case of unnatural death and are investigating the reasons behind the apparent suicide, official sources said. The man's swabs have also been taken for a coronavirus test, government sources added.

The hospital was sealed and turned into a quarantine centre after the doctor tested positive on Monday. All doctors, nurses and paramedics of the hospital and the admitted patients were quarantined including the patient who allegedly committed suicide.

The state government has launched a massive contact tracing exercise as the doctor had no travel history but his son-in-law, who is a pilot with the Air India, had flown to New York recently.

According to a letter issued by the commissioner and secretary of Meghalaya Health Department to the secretary of Health and Family Welfare, Government of India, the pilot son-in-law of the COVID-19 patient had travelled from New York to New Delhi on March 16 last. On March 17, he had travelled from Delhi to Imphal and went back to Delhi on March 20. On March 24, he had again travelled from Delhi to Shillong. He was placed under home quarantine after registering himself from March 24 to April 7 last. The letter further stated that the state surveillance team visited the pilot during the quarantine period.

Meghalaya Government has reversed its decision of partial relaxation in the lockdown and has ordered a two-day curfew in Shillong from Tuesday.

Chief Minister Conrad K Sangma said on Tuesday that the health department has collected 90 samples till 4 pm on Monday, and are waiting for the results. Around 200 primary contacts of the COVID-19 patient have been traced so far, Mr Sangma added.