COVID-19 lockdown: Madhya Pradesh is the seventh worst-hit state in the country by the pandemic. The state has logged nearly 10,000 cases so far, more than 400 patients have died. 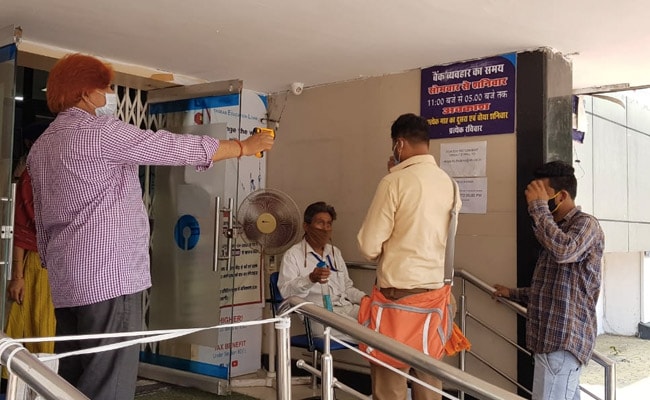 MP Corona update: Use of masks is mandatory in public places.

As restrictions ease in a phased manner after nearly two months of lockdown to check the spread of coronavirus, a new rule has been issued in Madhya Pradesh to identify those visiting banks and jewelry shops while the use of masks remains mandatory in public places. The state police have asked the visitors to remove the masks for 30 seconds so that they can be photographed by the CCTV cameras.

The move aims to strengthen security at these places. "The possibility of thieves running away without being identified after robbing shops or banks cannot be ruled out even if these places have CCTV cameras," reads an order signed by senior police officer Kailash Makwana.

"All senior police officers are advised to get the CCTVs in their areas checked and suggest those concerned that good quality cameras are used," it adds.

Welcoming the move, a bank customer said: "It is a good move and it will help curb the crime rate. If someone enters the bank with mask on, it will be difficult to identify the person."

On Monday, places of worship, malls and restaurants re-opened in most states as part of what it called "Unlock1", more than two months after they were closed to check the spread of the coronavirus.

In Madhya Pradesh, while standalone shops were already allowed to re-open last month, those at the malls also resumed functioning. Banks - both state-run and private - have remained open during these two months even as the government announced one of the world's strictest lockdowns in March.

The use of masks is mandatory at public places as a part of the centre's guidelines that also stress on social distancing among other measures. "All workers/customers/visitors to be allowed entry only if using face cover/masks. The face cover/masks has to be worn at all times," reads a statement issued by Union Health Ministry on guidelines for malls.

Earlier, the government had also recommended the use of handmade face covers. "People who are not suffering from medical conditions or having breathing difficulties may use the handmade reusable face cover, particularly when they step out of their house. This will help in protecting the community at large," reads an official statement.

Madhya Pradesh is the seventh worst-hit state in the country by the pandemic. The state has logged nearly 10,000 cases so far, more than 400 patients have died.