3 Navy Warships To Bring Back Indians Stranded Abroad Amid Lockdown

The three ships deployed by the Navy include one of the biggest amphibious ships in service. 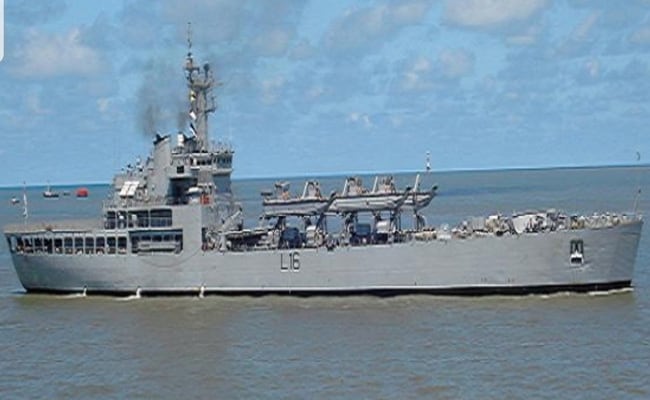 INS Shardul is one of the naval warships that a part of the mission.

Three warships of the Indian Navy have been deployed to bring back stranded citizens from West Asia and Maldives after the government on Monday said that those stuck in other countries due to the coronavirus pandemic will be evacuated by air and sea "in a phased manner". The Ministry of External Affairs (MEA) is yet to announce the ports where these vessels would dock.

The three ships deployed by the Navy include one of the biggest amphibious ships in service.

This includes INS Jalashwa which can bring back 1,000 stranded Indians. However, the capacity will be reduced to 500 passengers to ensure social distancing. The Jalashwa - based in Visakhapatnam - has steamed into the Arabian Sea for the mission.

Similarly, INS Shardul and INS Magar - the other naval ships that are a part of the mission - have also been deployed will have a reduced carrying capacity; they will be able to bring back no more than 300 passengers per deployment.

On Monday, the government said that it will be start bringing back Indians stranded abroad because of the pandemic from Thursday (May 7) in a "phased manner", adding the service will be offered on "payment-basis". Only those asymptomatic will be allowed on-board.

"Government of India will be facilitating the return of Indian nationals stranded abroad on compelling grounds in a phased manner. The travel would be arranged by aircraft and naval ships. The Standard Operating Protocol (SOP) has been prepared in this regard," an official statement read.

"Indian Embassies and High Commissions are preparing a list of distressed Indian citizens. This facility would be made available on payment-basis. Non-scheduled commercial flights would be arranged for air travel. The travel would begin in a phased manner from May 7," it added.

The government said upon arrival, all the passengers will have to download the "Aarogya Setu" mobile application. "On reaching the destination, everyone would have to register on the Aarogya Setu app. Everyone would be medically screened. After scrutiny, they would be quarantined for 14 days, either in a hospital or in an institutional quarantine on payment-basis, by the concerned state government. COVID test would be done after 14 days and further action would be taken according to health protocols," the statement read.

Hundreds of Indians have been evacuated from China, Italy and Iran in the last few months after they were stuck there due to the pandemic.