Israel Ambassador to India Ron Malka said if the testing kit is developed, it could be a "game changer" in the battle against COVID-19. 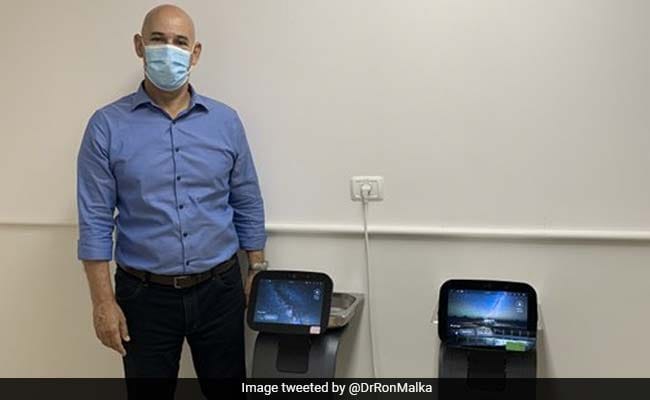 Latest medical equipment from Israel to fight COVID-19 has been brought to India.

A high-level team of researchers from Israel arrived in Delhi today to take forward the work it has been doing with India to develop a rapid testing kit for COVID-19 which can give the result within 30 seconds.

Israel Ambassador to India Ron Malka said if the testing kit is developed, it could be a "game changer" in the battle against COVID-19.

The Israeli defence ministry research and development team has been working with India''s chief scientist K Vijay Raghavan and Defence Research and Development Organisation (DRDO) to develop rapid testing for COVID-19 in less than 30 seconds, the Israeli Embassy had said last week.

The team from the Directorate of Defence Research and Development (DDR&D) in the Israeli Ministry of Defence will conduct a series of "final stages of testing" to determine the effectiveness of a number of rapid diagnostic solutions with their Indian counterparts.

On the special flight we will bring equipment & devices including 🔝Israeli techs to combat Covid-19 in India. Also, in fruitful cooperation with #AIIMS hospital, we'll bring AI based remote care systems, and protective & sanitizing equipment for the teams! https://t.co/boqMP94d6Upic.twitter.com/JNxbAev8Qr

The special flight, which arrived in the morning, also brought with it breakthrough emerging Israeli technologies for combating COVID-19, Mr Malka said.

Latest medical equipment developed in Israel to fight COVID-19 has been brought on the special flight, he said.

"We also brought on this flight advanced respirators that are banned for export in Israel but a waiver was given to bring them to India," he added.

Since the outbreak of the global pandemic, Israeli Prime Minister Benjamin Netanyahu and Prime Minister Narendra Modi have held three telephonic conversations in which they promised mutual assistance in dealing with the virus and committed to joint technological and scientific research between the two countries.