Coronavirus: Indians Airlifted From Iran To Be Quarantined At Ghaziabad Airbase

IAF C-17 returned from Iran to Hindon airbase this morning with 58 Indian citizens, including 25 men, 31 women and 2 children. The aircraft also carried 529 samples for investigation. 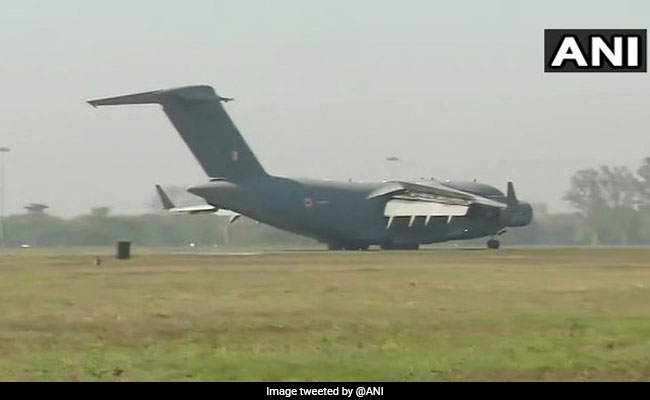 Indians nationals, who were airlifted from Iran and reached India on Tuesday morning, have been quarantined at Hindon airbase in Ghaziabad and will be kept in isolation for the next fourteen days.

IAF C-17 returned from Iran to Hindon airbase this morning with 58 Indian citizens, including 25 men, 31 women and 2 children. The aircraft also carried 529 samples for investigation.

The IAF has activated necessary medical protocols and has put required facilities in place to provide fellow citizens with adequate care and support. All these passengers were taken to a nearby isolation centre.

After a period of 14 days, the Indian nationals who went on pilgrimage to Iran, the worst coronavirus-hit country in the Middle East, will be sent home. For 14 days, the doctor's team will keep a watch on them.

The evacuated group also includes a 79-year-old man. Along with this, 17 crew members of the air force will also be kept in isolation for the next 28 days.

"Mission completed. On to the next," External Affairs Minister S Jaishankar tweeted after the Indian Air Force aircraft - C-17 Globemaster - carrying the evacuated Indians landed in Ghaziabad, about 30 km from Delhi. The minister praised the efforts of the Indian Air Force (IAF) and the Indian embassy in Tehran as well as those of Iranian authorities in evacuating the Indian pilgrims.