COVID-19 Live Updates: The coronavirus death count climbed to 1,27,059 with 448 new fatalities, the data updated at 8 am showed. 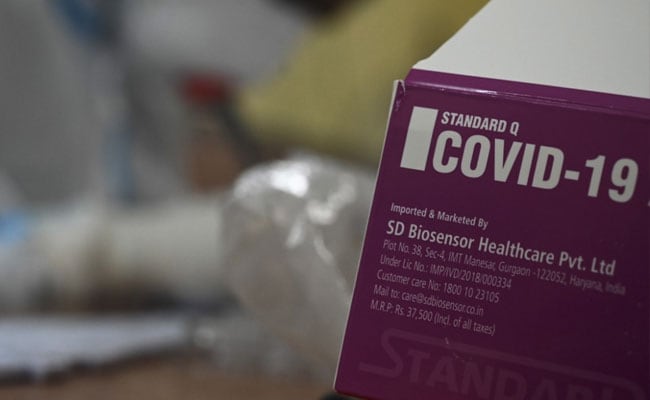 India's COVID-19 caseload rose to 85,91,730 with 38,073 infections being reported in a day, while the number of people who have recuperated from the disease surged to 79,59,406 pushing the national recovery rate to 92.64 per cent, according to the Union Health Ministry data updated on Tuesday.

The coronavirus death count climbed to 1,27,059 with 448 new fatalities, the data updated at 8 am showed.

The COVID-19 case fatality rate stands at 1.48 per cent. The number of active cases remained below 6 lakh for the twelfth consecutive day.

There are 5,05,265 active cases of coronavirus infection in the country as on date which comprise 5.88 per cent of the total caseload, the data stated.

Meanwhile, the Covid-19 vaccine being developed by Pfizer Inc. and BioNTech SE prevented more than 90% of infections in a study of tens of thousands of volunteers, the most encouraging scientific advance so far in the battle against the coronavirus.

Eight months into the worst pandemic in a century, the preliminary results pave the way for the companies to seek an emergency-use authorization from regulators if further research shows the shot is also safe.

Here are the LIVE updates on Coronavirus:

Odisha: Bamboo craftsmen in Bhubaneswar say they are suffering a huge loss as there are fewer customers owing to #COVID19.

Padma, an artist says, "The business is no longer profitable as there is less demand. We are compelled to sell these items at lower price now." pic.twitter.com/X80NwmQyXo