The Garg family's battle with the pandemic is an increasingly frequent one in India, which is in the grip of one of the world's largest coronavirus outbreaks. 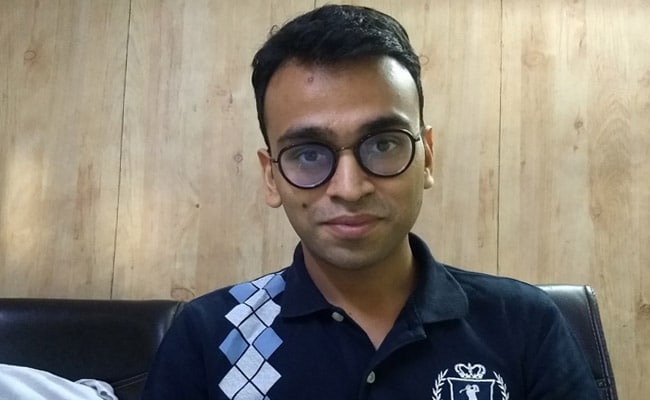 Mukul Garg was struck by a simple, devastating question: How many would they lose?

When Mukul Garg learned that one member of his family had tested positive for the novel coronavirus, he immediately knew it was only the beginning.

His extended family members had stayed inside for weeks during a nationwide lockdown, eating together and playing together in the home they share in India's capital. They were 17 people in all, ranging in age from 3 months to 90 years.

Mukul, 33, was struck by a simple, devastating question: How many would they lose?

"We knew we would all be positive," he said. "We were quite sure that someone would be sacrificed."

The Garg family's battle with the pandemic is an increasingly frequent one in India, which is in the grip of one of the world's largest coronavirus outbreaks. More than 600,000 cases and nearly 18,000 deaths have been reported to date. The strain on hospitals is intense, forcing families to scramble for beds for their loved ones.

In India, it is common for multiple generations of a family to live under one roof, something that is a source of cultural pride. Government statistics show that 42% of households are "nonnuclear" families.

Such arrangements represent a challenge for younger people seeking to protect their older, more vulnerable relatives from exposure to the virus. About half of the deaths from coronavirus in India have been people over the age of 60.

In just a few days, 11 members of the Garg family tested positive for the virus. Among them were Mukul's 90-year-old bedridden grandfather; 87-year-old grandmother; 62-year-old father, who has diabetes and high blood pressure; and 60-year-old uncle, who also suffers from the same two conditions.

Their home at the end of a leafy street in Delhi turned into its own cluster of coronavirus cases, marked with a quarantine sticker and cut off from the outside world.

The Garg family's story is a vivid illustration of the capriciousness of the virus. Some people escape with no symptoms, while others become seriously ill. Scientists are investigating whether genetic factors, including blood types, play a role in a person's susceptibility to the disease.

Zarir Udwadia, a pulmonologist at Hinduja Hospital in Mumbai, said he had seen situations in which members of the same family experienced severe outcomes after contracting the virus, suggesting a genetic vulnerability. He has also witnessed the opposite scenario: instances of families who had milder cases, even when other factors pointed toward the risk of serious illness.

For the Gargs, living together may have been a source of vulnerability but also was a reservoir of strength. Three brothers and their families, together with their parents, have had what is known here as a "joint family" arrangement for decades.

For the past nine years, each brother and his family have occupied one spacious floor in a four-story building in northwest Delhi. The brothers and their respective sons work together in different businesses.

In normal times, each branch of the family was consumed with its own routines - work, children, friends, exercise. At first, the lockdown was a period of unusual contentment. With everyone stuck at home, all the Gargs would often gather for lunch or dinner. There were endless hands of cards and games of hopscotch and freeze tag on the terrace. The men of the family "suddenly turned chef" and began trying out new recipes, Mukul said.

The family was hypervigilant in taking precautions against the virus. They stayed inside. Only one person at a time went to the grocery store to buy supplies for the whole household. They developed a ritual for sanitizing the person who did the shopping that involved spritzing "every visible body part" with disinfectant, said Mukul.

In late April, one of Mukul's uncles started feeling weak and feverish. Initially, the family believed it was an ordinary flu. A few days later, his aunt Anita fell ill, too. Then Mukul's parents both developed fevers, as did his grandmother.

"We were confident that because we had been extremely careful, coronavirus could not happen to us," said Mukul's mother, Meena Devi, 58. "But then, one by one, everyone came down with a fever."

Still, the Gargs hesitated to get tested, hoping it would pass. They were also afraid: They worried they would be ostracized if they tested positive, and even placed in an institutional quarantine. Just in case, everyone in the family began isolating themselves in their rooms on their respective floors.

After five days of fever, Anita began to have difficulty breathing. She was tested for the coronavirus, and the next day the result came back positive. "It all came crashing down after that," Mukul wrote in a blog post detailing his family's experience that has been viewed more than 400,000 times.

Anita would prove to be the most serious case in the family. After her condition deteriorated, she was admitted to a private hospital. "That is when the panic struck hard," said her son, Abhishek, 26.

But the virus also behaved unpredictably. Mukuland Abhishek's 90-year-old grandfather, Shyamlal, tested positive but showed no symptoms at all. Their 87-year-old grandmother, Beena, had a fever that persisted for a month, together with a cough and headache, but her condition never deteriorated to the point they felt she should be hospitalized. A 29-year-old cousin and his wife tested negative. Four children under the age of 6 were either not tested or tested negative.

Mukul trained as a doctor before completing an MBA and joining his father's plastic-packaging business. He and the younger adults helped coordinate the care of his relatives, dispensing acetaminophen, cough syrup and vitamin supplements. The family was fortunate enough to have the financial resources to help them through the illness, Mukul said.

For Meena, Mukul's mother, the sickness included fever, cough, headache and body pain that lasted almost two weeks. She spent her days listening to devotional music and praying for the family's recovery, unable to see her grandchildren. Her daughter-in-law would drop off meals outside her door. She spent nearly a month confined to her room.

A major turning point came when Mukul's aunt Anita was able to return home after 10 days at the hospital, where she had received oxygen treatment. Neighbors clapped and rang bells from their balconies as she walked in. The family threw flower petals.

How the family became infected in the first place remains a mystery. They speculate that Mukul's uncle, the first person to fall ill, may have contracted the virus while buying groceries, but there is no way to know for certain. At the time they became sick, there were no other cases in the area.

In early June, after they all had tested negative, the family finally reunited over dinner, their first time together in weeks. There was laughter, tasty vegetarian food and a sweet custard for dessert. Being able to hug his cousins' children after so long was "an amazing feeling," said Abhishek.

There was also painful news. Two distant relatives of the family have died of the virus in recent weeks, said Mukul. Both had called to check in on the Gargs and offer moral support during their struggle with covid-19.

"It is not a simple disease to conquer," Mukul said. "We were just plain lucky."

Taniya Dutta contributed to this report.