India Has Plenty Of Covid Shots, Not Enough Willing To Take Them

India says it can produce 500 million shots per month for export, and countries such as the U.K., Belgium and Saudi Arabia have sought to buy them. 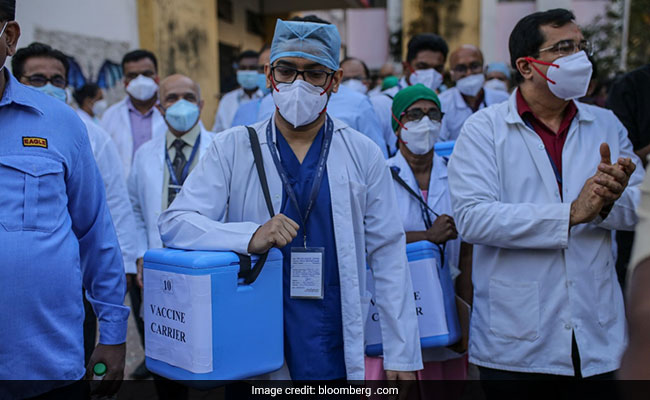 As of Monday, India distributed about 2 million shots nationwide.

Most of the world is struggling to secure enough vaccines to inoculate their populations. India has the opposite problem: Plenty of shots, but a shortage of people willing to take them.

As India rolls out one of the world's biggest inoculation programs, some health-care and other frontline workers are hesitating because of safety concerns over a vaccine that has yet to complete phase III trials. As of Monday, only about 56% of people eligible to get the shot have stepped forward in a nation with the world's second-worst Covid-19 outbreak. 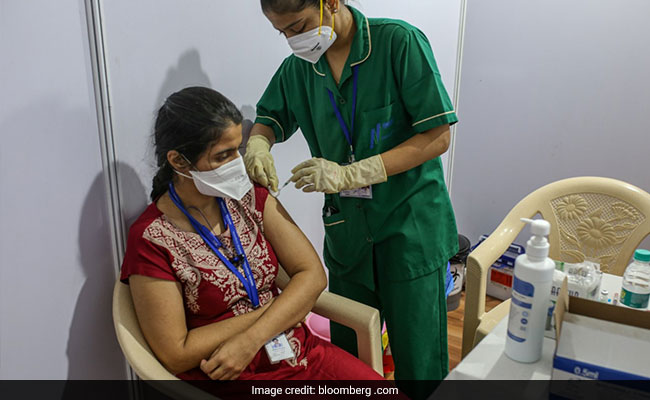 A nurse administers a shot of the Covishield vaccine, developed by Oxford-Astrazeneca Plc. and manufactured by Serum Institute of India Ltd., at a vaccine center in the Bandra Kurla Complex hospital in Mumbai on Saturday, Jan. 16, 2021.

Unless the inoculation rate significantly increases, India will fall far short of its target of inoculating 300 million people -- or about a quarter of the population -- by July. That will setback global efforts to contain the virus and snuff out optimism that a recovery is taking root in an economy set for its biggest annual contraction in records going back to 1952.

"At least 40% of doctors here are unsure and want to wait," said Vinod Kumar, a resident doctor at the All India Institute of Medical Sciences of Patna, in the eastern state of Bihar. "Carrying out a vaccine trial on us when India is short of doctors, health-care workers doesn't make sense."

While vaccine hesitancy has surfaced in places like Japan and Brazil, and China's candidates have also faced questions over data, the scale of the problem in India is by far the biggest. The major difficulties facing places like the U.S. and Europe are mostly due to scarce supplies rather than vaccine acceptance, and some countries are turning to New Delhi for help: India says it can produce 500 million shots per month for export, and countries such as the U.K., Belgium and Saudi Arabia have sought to buy them. 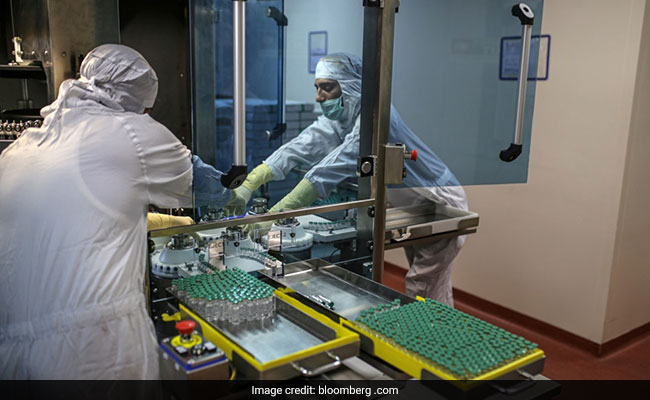 Employees work on the production of line for vials of Covishield, the local name for the Covid-19 vaccine developed by AstraZeneca Plc. and the University of Oxford, at the Serum Institute of India Ltd. Hadaspar plant in Pune on Friday, Jan. 22, 2021.

India's domestic vaccine program administers one of two shots: the AstraZeneca Plc vaccine, manufactured by the Serum Institute of India Ltd., or the Covaxin shot developed by Bharat Biotech International Ltd., a private company based in Hyderabad. India's approval of the Bharat Biotech shot, which was developed with government-backed research groups, was met with widespread criticism from scientists because of the lack of complete data.

"Many in our institute aren't comfortable with Covaxin because we don't know how effective it is," said Adarsh Pratap Singh, a member of the Resident Doctors Association at the All India Institute of Medical Sciences in New Delhi. "To build trust among people the government must come out with the data, evidence of the trials, and encourage free and fair discussions."

Both the company and the government have defended the shot. Krishna Ella, Bharat Biotech's chairman, said earlier this month that the company carried out "200% honest clinical trials" and had a track record of producing 16 safe and effective vaccines. "Indian scientists want to bash on other Indian scientists," he said while dismissing criticisms in a virtual press briefing on Jan. 4. A spokesperson for Bharat Biotech didn't immediately respond to a request for comment.

The government, meanwhile, has urged health-care workers to get vaccinated. Health Minister Harsh Vardhan has sent tweets imploring "#CoronaWarriors" to take the shot, while dispelling rumors that the vaccine could cause infertility. A federal health ministry spokesperson wasn't immediately available to comment. 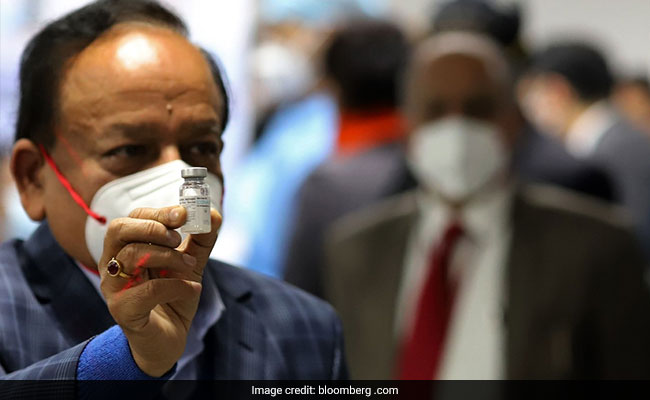 Health Minister Harsh Vardhan displays a vial of Bharat Biotech Ltd. Covaxin at the All India Institute of Medical Sciences in New Delhi on Saturday, Jan. 16, 2021.

"Vaccine hesitancy among health workers should end -- I am pleading on behalf of the government, that please adopt it, because no one knows how this pandemic will take shape in the future," said V. K. Paul, a member of the planning body Niti Aayog, noting that he's taken the Covaxin shot without any adverse effects.

"These two vaccines are safe," he said. "We have a system to track it and if there is an unusual signal, it will be responded to the way it should be."

Initial apprehension and doubt at the start of any vaccine rollout is normal, said Preeti Sudan, former secretary at the federal ministry of health and family welfare. India was successful in its polio immunization program, she noted, after launching a massive campaign involving children, mothers and opinion leaders to help dispel vaccine fears.

As of Monday, India distributed about 2 million shots nationwide. In Madhya Pradesh, the largest state in central India, about 75% of enrolled people turned up for vaccination on Jan. 21, while two days later in Bihar the rate was much lower at 51.6%. On Jan. 19, about 55% of those eligible were vaccinated in Rajasthan and 54% in the southern state of Tamil Nadu, according to state government data.

While the hesitation relates to both vaccines, people are most wary about Bharat Biotech's Covaxin. In Tamil Nadu, for example, only 23.5% of those allocated Covaxin received the shots on Jan. 19, compared with 56% for the Serum Institute's Covishield, the data show.

Nirmalya Mohapatra, a doctor at Ram Manohar Lohia Hospital in New Delhi, plans to "wait and watch" for more clarity before getting vaccinated with Bharat Biotech's shot. If given a choice now, he would opt for Covishield, as its efficacy data was reviewed by leading medical journals.

"Covaxin could turn out to be a better vaccine in the future," said Mohapatra, who is also vice president of the resident doctors' association at the hospital. "But for now there is some apprehension because of the lack of a complete trial."