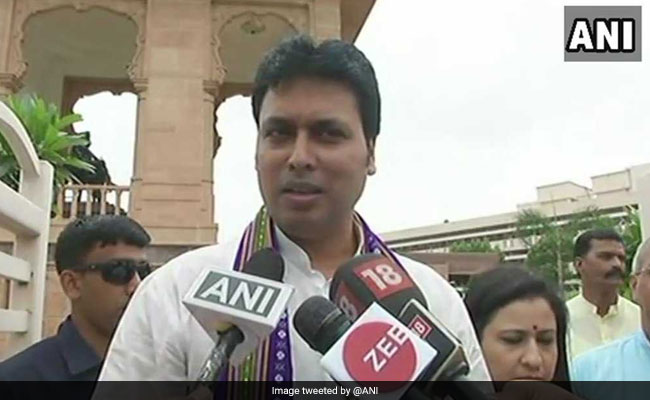 There are 1,114 active cases in the state at present, while 1,759 people have recovered.

Five people have so far died and 14 patients have migrated to other states.

Among the new cases are six people who returned to the state on flights, Mr Deb said on Sunday night.

Thirty of them tested positive after coming in contact with COVID-19 patients and 179 were found positive in antigen tests, he said.

Only eight of the new patients have symptoms, he added.

The Chief Minister said to tackle the pandemic the government is focusing on testing, tracing and treatment.

"We are conducting the maximum number of tests to ensure safety of everyone, we have adequate medical infrastructure to tackle the pandemic. Requesting everyone to co-operate & not to panic," he tweeted.

The BSF said all the newly-infected personnel are being treated at the COVID Hospital set up at its state headquarters.

"Our hospital is quite equipped to treat such patients. We have all facilities. Salbagan was also declared a containment zone," a BSF spokesperson said.

"BSF personnel go home on leave and come back and many personnel are also transferred from outside. So, there is a risk of infection," he said.

The BSF guards the 856-km-long border between India and Bangladesh that falls in Tripura.