The Delhi government has announced that any gathering - religious, family, social, political or cultural - of more than 50 people will not be allowed in the national capital till March 31. 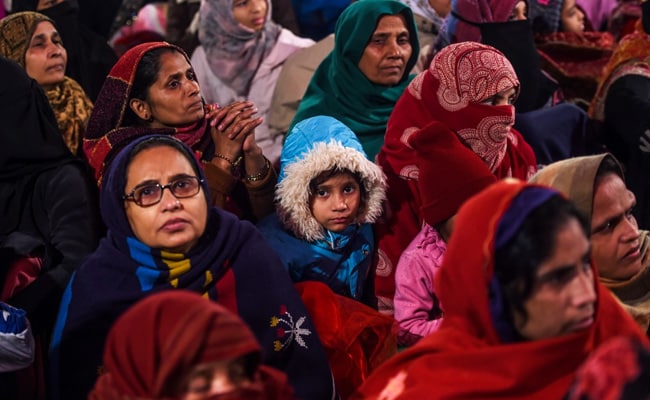 Hundreds of people, including women and children, are protesting against CAA (File)

The National Commission for Protection of Child Rights on Wednesday wrote to the District Magistrate of South East Delhi to submit a report regarding the assembly of people in Shaheen Bagh protest site amidst the coronavirus outbreak.

In the letter, the NCPCR said it had received a complaint regarding the large gathering at the site which they said was taking place despite an advisory issued by the state and central government regarding safety and prevention for COVID-19.

The Delhi government has announced that any gathering - religious, family, social, political or cultural - of more than 50 people will not be allowed in the national capital till March 31 amid the coronavirus scare.

"You are kindly requested to take necessary action in view of advisory issued by the State Government and the Central Government regarding safety and prevention for COVID-19 and submit a report to the Commission within three days from the date of issue of this letter," the letter from the National Commission for Protection of Child Rights (NCPCR) said.

Hundreds of people, including women and children, are staying put on the road as part of their protest against the Citizenship (Amendment) Act (CAA).

Protests against the CAA had started on December 15 last year at Shaheen Bagh and eventually at other places in the national capital and elsewhere in the country.

The number of novel coronavirus cases in the country rose to 147 on Wednesday, with 10 fresh cases reported from various parts of the country, according to the Union health ministry.

The cases include 25 foreign nationals and the three persons who died in Delhi, Karnataka and Maharashtra.

Over 5,700 people, who had come in contact with the COVID-19 positive cases, are under surveillance, the ministry said.