Less than a quarter of women in India are in the labor force - among the poorest standings in the world - and they earn 35% less on average than men, compared to the global average of a 16% gap. 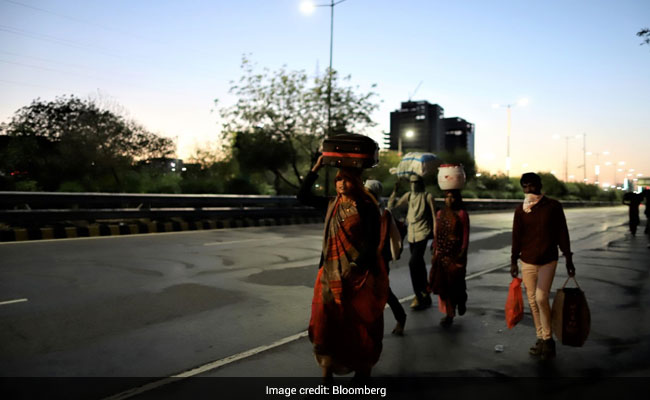 Women represent 49% of India's population yet contribute only 18% to its economic output.

Women around the world have been hurt financially by the coronavirus outbreak, but the situation in India is more precarious for them than almost anywhere else. For women in India already suffer from a wide gender gap in employment, wages and education.

Less than a quarter of women in India are in the labor force - among the poorest standings in the world - and they earn 35% less on average than men, compared to the global average of a 16% gap.

Women represent 49% of India's population yet contribute only 18% to its economic output, about half the global average. And when Prime Minister Narendra Modi on March 25 imposed a lockdown on this nation of 1.3 billion people, many women were set back even further.

Asha Sharma, 25, is among them. Five years ago, she left the hilly state of Uttarakhand for New Delhi to try to make a living from her passion of dancing to Bollywood songs. That dream lasted only a short while; she couldn't get into a dance troupe and her degree from a small town was of no help in landing an office job in the city. With a friend's reference, Sharma found a job at a beauty salon.

She was earning about 12,000 rupees ($159) a month and sending some money back home to her mother, a worker at a government child-care center. After her father's death a decade ago, her mother struggled to raise three children. Sharma can no longer help, though, as she has had no income in the past two months with the beauty salon shuttered.

Her siblings are also out of work amid the outbreak, making them all dependent again on the 1,500 rupees a month their mother earns.

"Our mother did so much for us. Now we are all grown up but can't do anything to help her," Sharma said. "It's not easy for a woman to earn. Unlike men, who can do any kind of job, we have limitations. We also have to keep safety aspects in mind."

The virus outbreak and stay-at-home orders in India have hurt women in other ways. Many of the millions of migrant workers forced to flee cities for their rural homes with little notice were women. They are over-represented in vulnerable service jobs like health care and education and in informal jobs, such as agriculture and sex work, where there's no safety net. And as Sharma points out, they have safety concerns, with travel a risk for many.

"Lockdown and social-distancing norms are likely to have an outsized impact on women. The concern is the economic impact will be felt across employment and well-being indicators over the coming years," said Sanjay Mathur, an economist with Australia and New Zealand Banking Group, calling this "India's painful shecession." That's a term used by the Institute for Women's Policy Research after U.S. employment numbers showed a majority of jobs lost in April were held by women.

Oxfam India estimates the economic loss from women losing their jobs during the pandemic at about $216 billion, knocking off 8% from the country's gross domestic product. This clouds women's already poor economic outlook. The World Economic Forum's Global Gender Gap Index 2020 ranks India 112th of 153 countries in offering equal opportunities to women and men, and women often don't have the same access to health care and education as their male counterparts.

Even professional women in India have had setbacks. The virus outbreak has led many to work from home, yet Poonam Kumar made that choice 20 years ago. A freelance public relations professional living on the outskirts of New Delhi, Kumar wanted to spend time with family, raising her son, who's now 16.

"People who started with me have grown big," she said over the phone from her residence in Gurugram, referring to colleagues from early in her career who have moved up the ladder. "But that was a choice I made."

Kumar said her life was going smoothly, until the pandemic hit. Her husband's retail business was hurt by the lockdown, and Kumar's business, she says, "is at a standstill." She has lost four of her six clients and hasn't been able to pay full salaries to the two women she employs.

"When companies are struggling to pay salaries and chucking out employees, no one is going to think about public relations," she said. "I don't see things returning to normal anytime soon. I'm trying to figure out what to do next."

The impact of the virus is also exacerbating India's deep-rooted social inequities. An unsafe environment in many places, with a girl raped an average of every 15 minutes, and the burden of domestic responsibilities have kept many women away from work. There has been a more than two-fold rise in complaints of domestic violence since the lockdown. Experts warn that girls' education will be disadvantaged - as only 29% of Internet users in India are female, and there's a tendency for families with limited means to give preference to boys for schooling.

"Insofar that violence has long-lasting emotional and psychological consequences, one persistent economic impact will be on women's ability to work outside their homes," said Tarun Jain, a professor of economics at the Indian Institute of Management in Ahmedabad.

Female employment in April was at 61% of the pre-lockdown yearly average; for men it was 71%, Ashwini Deshpande, an economics professor at Ashoka University, wrote in a research paper June 3. Women employed in the pre-lockdown phase were 23.5 percentage points less likely than men to be employed post-lockdown, she said. 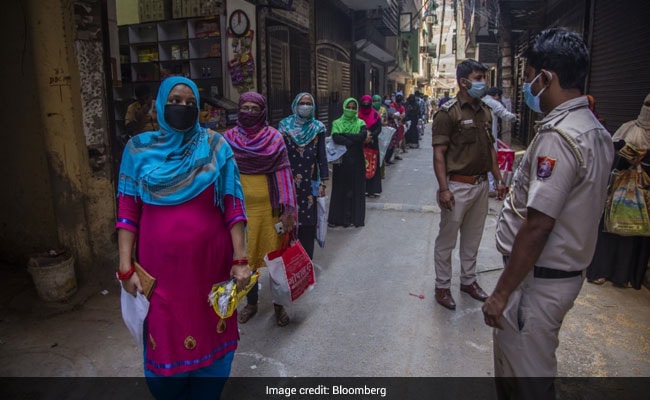 Neeti Pandey, 42, last month became part of those statistics when she walked out of the private school where she taught for about two years, holding a termination letter. A mathematics teacher in Indirapuram near New Delhi, Pandey was called to the school and asked to resign along with several other teachers. They were told there was no money to pay them as many families had stopped paying tuition.

The news came as a shock to Pandey, a mother of two who had become the family's lone breadwinner after her husband, a cancer patient, gave up his grocery business last year. She wasn't paid for April and May though she taught online classes from home. Taking care of her husband, along with child care and elderly care, has added to her burden.

"Life is tough for a woman. Men will do only one job at a time, but we always have to do multitasking. We are supposed to strike the right balance between family and work, and keep everyone happy," she said. "But if you are sad, you can't hide it for long."

For now, Pandey is managing with a little savings and some financial assistance from relatives. She is desperately looking for a job, but with unemployment rising above 23%, her search hasn't been easy.

In India, women are at higher risk of contracting the virus because they are overrepresented in the health-care sector. Women's self-help groups are trying to make available personal protective equipment gear, though the need is great.

For some women, "the choice seems to be between unemployment and jobs that put them at risk of disease and infection and make them targets of vicious stigma," Deshpande said.

Madhu, 39, who goes by only one name, is used to handling risk in her job. She is a sex worker in New Delhi, saying financial need pushed her into this field more than a decade ago. She was separated from her husband when her two daughters, nearly adults now, were toddlers. She tells her family she's a peer educator doing awareness training about AIDS - which she is, a job that pays little but lets her keep her real work under wraps. 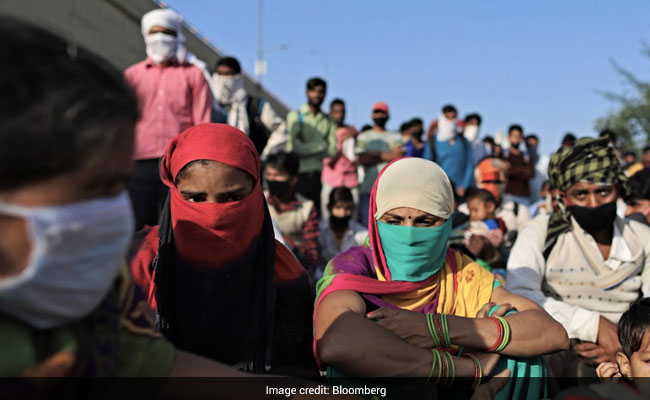 Women represent 49% of India's population yet contribute only 18% to its economic output, about half the global average.

"There was a time we were 12 people at home, including my parents and siblings, and there was hardly any food to eat. We fed sugar syrup to the kids for days," Madhu said. "It was then a friend told me about the men who pay 100 rupees for a one-hour bike ride with them. That was a princely amount for me at that time."

The lockdown has left Madhu and millions of other sex workers in India without a source of income. There are no social welfare programs specifically for sex workers in India, and many of them don't have documents that give the poor access to free food and cash transfers.

To survive during the outbreak, Madhu started working at a hospital canteen where coronavirus patients are treated. She serves food to doctors and patients, and in return gets leftovers for her family. A few of her clients also have provided some financial help.

"I wish I had studied and become a teacher," she said. "I don't want my daughters to struggle like me."