Covaxin Found To Be 77.8% Effective Against Covid In Lancet Study

Covaxin, which uses traditional, inactivated-virus technology, "induces a robust antibody response" two weeks after two doses are given, The Lancet said in a statement.

No severe-vaccine-related deaths or adverse events were recorded during a randomized trial.

Covaxin, a vaccine developed by government's medical research agency and Bharat Biotech International Ltd., was found to have a 77.8% efficacy rate against symptomatic Covid-19 in a long-awaited analysis published in The Lancet.

Covaxin, which uses traditional, inactivated-virus technology, "induces a robust antibody response" two weeks after two doses are given, The Lancet said in a statement. No severe-vaccine-related deaths or adverse events were recorded during a randomized trial involving 24,419 participants aged 18-97 years between Nov. 2020 and May 2021 in India, the medical journal said.

The interim study, which was funded by Bharat Biotech and the Indian Council of Medical Research and partly authored by officials at both bodies, is in line with the company's earlier efficacy and safety announcements and may help end the controversy surrounding the shot's early authorization in January in India. 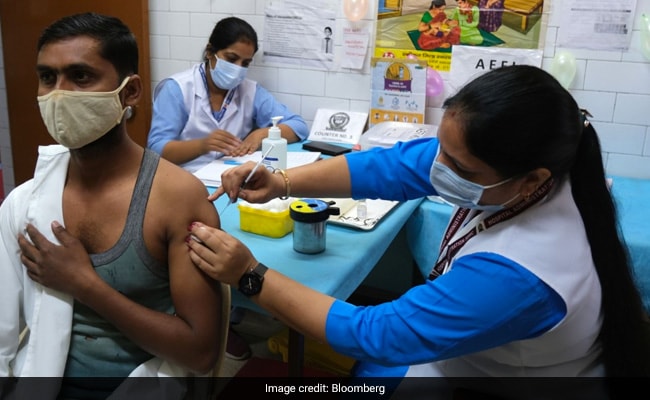 A member of the public receives a dose of the Covid-19 Covaxin vaccine at a vaccination center set up at a Delhi government health dispensary in New Delhi.

At the time, the shot had yet to clear final-stage trials, prompting widespread hesitancy in the early weeks of immunization drive. Since then more than 100 million doses of Covaxin have been deployed across India and last week the World Health Organization added the inoculation to its list of Covid vaccines authorized for emergency use.

Yet in the course of its analysis, the WHO independent technical body studying the vaccine repeatedly asked the company for further information, delaying its addition to the body's pre-qualified list and causing frustration for Prime Minister Narendra Modi's government, which had championed the locally-developed shot.

Bharat Biotech's Chairman Krishna Ella had previously lashed out at those questioning Covaxin and this week told a conference that WHO approval took as long as it did due to criticism toward the vaccine, which hurt its image.

Further research will be needed to discover the vaccine's long-term safety and effectiveness, as well as protection against severe disease, hospitalization and death, along with its ability to fend off delta and other variants of concern, according to The Lancet.

--With assistance from Bhuma Shrivastava.