Teens Can Register For Vaccines From January 1, Use Student ID Card 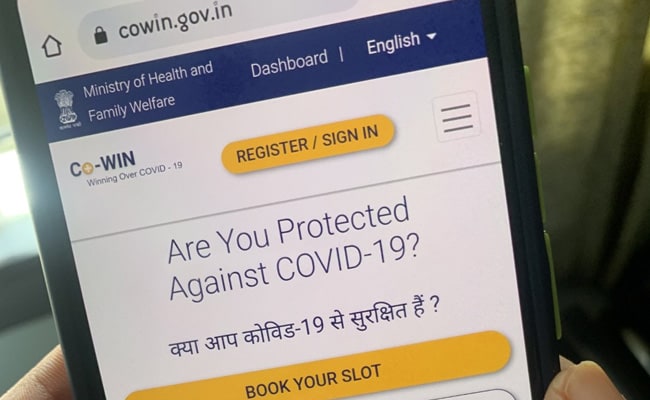 Children between 15 and 18 can register for COVID-19 vaccines on the CoWIN app from January 1 using their school ID cards, the government said Monday morning.

CoWIN chief Dr RS Sharma told news agency ANI an additional slot had been created on the online platform so students could use their ID cards to register for the shots.

Prime Minister Narendra Modi, on Saturday, had said children in the 15-18 age group could get their first round of Covid vaccines from January 3.

The PM, who also announced booster shots for frontline and healthcare workers, as well as those over 60, said vaccinating kids - something other countries have already done - will help schools and students return to normal.

Children in India will be vaccinated with one of two shots - either Bharat Biotech's double-dose Covaxin or Zydus Cadila's three-dose ZyCoV-D, both of which have been cleared for kids over 12.

The drug controller has cleared Serum Institute's Novavax for trials on kids between seven and 11 years of age, and Biological E's Corbevax has been cleared for trials on children over five.

Neither Novavax nor Corbevax have been cleared for use as yet.

India is trailing several other countries - including many in Europe, the United States, the United Arab Emirates, and New Zealand - in offering Covid vaccines for kids.

The decision to start vaccinating children comes amid an alarming increase in Covid cases in schools.

On Saturday at least 17 girls from a school in Chhattisgarh's Raigarh district tested positive.

Earlier this week 51 children at a school in Maharashtra's Ahmednagar returned positive tests, after which 450 others were also tested and their results are awaited.

Last week a school in Karnataka's Chikkamagaluru district was sealed after 10 students and a teacher were positive. Before that 69 people, including 59 students, tested positive in the same school.

However, the decision has met with mixed responses, with some, including parents, expressing concern over possible side-effects on younger recipients.

India has, so far, administered 141.7 crore vaccine doses, but only 58.1 crore are the second dose.

However, there was a massive 37 per cent increases in Omicron Covid cases, which went up from 422 on Sunday to 578 this morning.