Coronavirus Bihar: The State Health Society is the nodal agency for distributing condoms and contraceptives 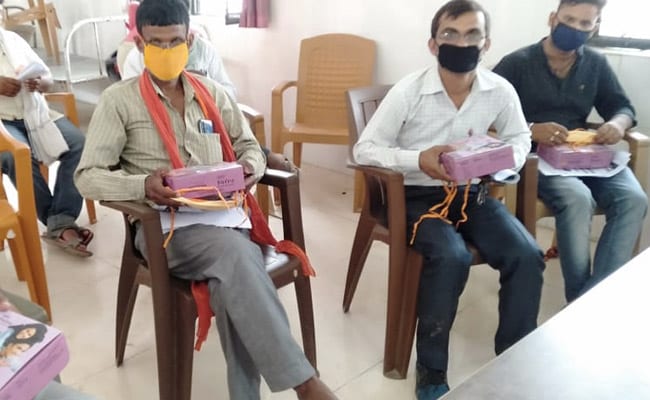 Coronavirus: Men and women in Bihar quarantine centres get condoms and contraceptives (PTI)

Thousands of men and women leaving quarantine centres across Bihar are getting condoms and contraceptive pills from the State Health Society amid the coronavirus lockdown. The state has the highest fertility rate in India at 3.4 children per woman, according to the last data published by the National Family Health Survey in 2016.

The state has observed sharp rise in institutional deliveries in the nine months after March and November when thousands of migrant workers return home from the cities to spend time with family during festivals.

"We are distributing condoms and contraceptives as we have noticed that nine months after March and November when maximum migrants return for Holi, Diwali and Chhath, there is a big increase in institutional deliveries, but which go down in the preceding and following months," State Health Society executive director Manoj Kumar said.

"The birth rate in Bihar is highest in the country," Mr Kumar added.

Lakhs of migrant workers have returned to Bihar and other states from cities like Delhi and Mumbai after running low on money and food as the centre had to extend the lockdown five times, though with gradual easing of restrictions.

With over 22 lakh migrant labourers already back in the state, the service of the special "Shramik" trains which ferried them back are likely to stop within a day. Only 23 trains reached Bihar on Monday, compared to the 140 trains that run every day on an average. The numbers are likely to reduce further today.

According to the estimates of the Bihar government, around 10 lakh people have also returned on foot and shared vehicles since inter-state movement of vehicles and people was allowed in May.

While there is no concrete database of how many people moved out of the state in search of livelihood, almost 29 lakh people had registered for the Rs 1,000 aid promised by the Nitish Kumar government after the lockdown was announced in March.