Assam First To Get Both Covid Vaccines, Storage Ready For 3 Crore Doses

Assam has registered about 2 lakh healthcare workers for inoculation in phase 1, and by Wednesday it had received more than 50 per cent of the 4 lakh doses needed. 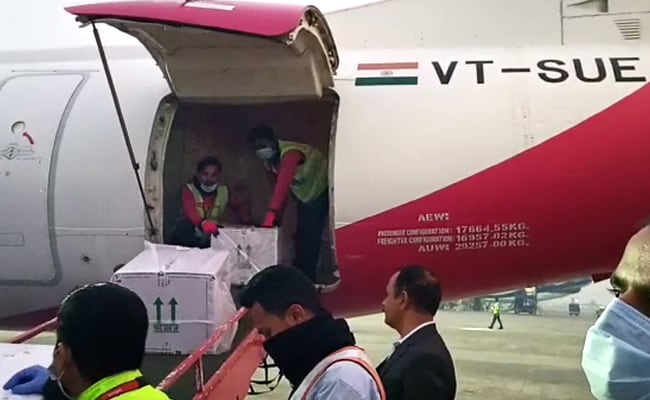 Assam is acting as a nodal storage hub of COVID-19 vaccines for all the northeastern states.

Assam became the first state in the northeast to have received both the coronavirus vaccines -- Covishield and Covaxin -- ahead of the mass inoculation programme set to start January 16.

The state has registered about 2 lakh healthcare workers for inoculation in phase 1, and by Wednesday it had received more than 50 per cent of the 4 lakh doses needed.

While majority doses are of Serum Institute and Oxford's Covishield, about 20,000 are of Bharat Biotech's Covaxin, which was shipped out of Hyderabad to Delhi and 10 other cities, including Guwahati.

A three-tier network with a capacity to keep 3 crore doses has been readied for proper storage of these temperature-sensitive vaccines, state health department officials told NDTV.

While Assam has a dedicated COVID-19 vaccine store in Guwahati, five other storage units have been set up across the state and the vaccines have already been dispatched, health officials added.

Each district will its own vaccine storage facility, and for further distribution Assam has developed a network of 700 smaller cold chain facilities, officials said.

"We had selected 74 sites where jabs would be administered in phase 1. But now, centre has asked us to reduce it to 59; we are told vaccination sites are being reduced in other states as well," Assam's Director of Health Services Munindra Nath Ngatey told NDTV.

"Centre has also asked us to rollout Covaxin, so we have started planning," Mr Ngatey added.

Bharat Biotech's Covaxin is yet to clear its phase-III trials and because of this the government had earlier said it was to be used only in case of emergency as a secondary option.

However, according to PTI, Union Health secretary Rajesh Bhushan recently said that such a choice won't be available to Indians immediately.

Meanwhile, Assam, which is acting as a nodal storage hub for all of northeast, also dispatched the first batch of Covid vaccines to Tripura, Manipur, Sikkim and Nagaland.