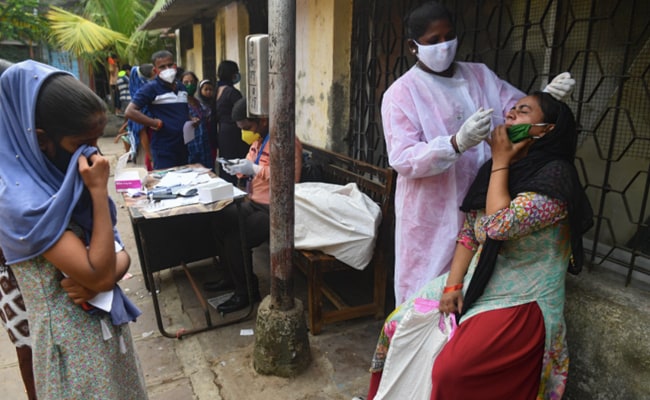 Assam has logged over 1.95 lakh Covid cases so far (File)

The coronavirus curve in Assam has begun to flatten, the state government said Tuesday, pointing to a steep decline in the positivity rate - from over 8 per cent in mid-September to 1.41 per cent yesterday. The state also pointed to a high recovery rate - around 85 per cent, which compares favourably with the national average of 86.8 per cent.

"Over the last ten days Assam has seen a steady decline in Covid transmission... both in the number of cases and positivity rate. Yesterday the positivity rate was 1.41 per cent. Perhaps we could see a flattening of the curve here after," Health Minister Himanta Biswa Sarma told NDTV.

The state government said it had adopted "targeted testing" - in which over three lakh people are tested over a 72-hour period every fortnight to break the chain of transmission. The idea is to test primary and secondary contacts of positive cases and conduct random tests in known hotspots and containment areas, maintaining an average of 30,000 tests per day.

So far Assam has conducted 40 lakh tests. In Guwahati, the state's largest city, six out of every 10 lakh have been tested so far.

Overall Assam still has around 28,400 active cases and a doubling rate of around 46 days. Of the 1.95 lakh cases that have been logged so far, 826 are deaths. This means 1.66 lakh have recovered.

However, the state government also followed the centre in advising an abundance of caution ahead of the festival season and winter months.

With one eye on a possible spike in infections during festivals, the state today released its SOPs (standard operating protocols) for Durga Puja, which is scheduled to begin October 22.

The SOPs state that all puja and pandal organisers need special permission from district authorities. Pandals must be open on all sides, and masks and hand sanitisers are compulsory. Further, only 50 people will be allowed into a pandal at any given time. Pandals must close by 10 pm and restaurants an hour earlier than that. Also, no procession with idols will be allowed.

All priests, organisers and volunteers must also provide negative COVID-19 tests before and after Durga Puja.

"We have released our SOPs for Durga Puja, but people have to follow the instructions. If they don't and come out in large numbers there will be a revival of Covid," Mr Sarma warned.

Meanwhile, experts feel how the government handles Durga Puja will be a test of its success so far in fighting the infectious virus.

"In a targeted approach, theoretically, the positivity rate should go up as we are taking only high-risk cases. But it is going down. That indicates the chain is breaking. But we should not let our guard down," Dr Jyotishmita Pathak, an assistant professor of community medicine at the Army College of Medical Sciences, told NDTV.