Coronavirus: Upon their arrival in India the students will be screened by a joint team of airport and armed forces medical personnel

Indians to be evacuated today from China's Wuhan, where they have been stranded since the coronavirus outbreak, will be quarantined in a specially prepared facility in Manesar near Delhi on their return, the Indian Army, which has mounted a full-fledged operation for this purpose, said. The facility will house approximately 300 students who will be observed for signs of infection for two weeks by a team of doctors and medical personnel.

Upon their arrival in India they will be screened at the airport by a joint team of Airport Health Authority (AHO) and Armed Forces Medical Services (AFMS). Individuals suspected of infection will be shifted to an isolation ward at Base Hospital Delhi Cantonment (BHDC).

During the screening students will be classified into three groups.

The first group will consist of "suspected cases" - individuals with signs of fever/cough and/or respiratory distress. These will be transferred directly to the BHDC.

The second group will consist of "close contact cases" - those who do not show symptoms but have visited seafood or animal markets (the virus is suspected to have broken out at a seafood market in Wuhan) or have had contact with a Chinese person showing symptoms in the last 14 days.

Such individuals will be escorted, in an earmarked vehicle, directly to the facility. 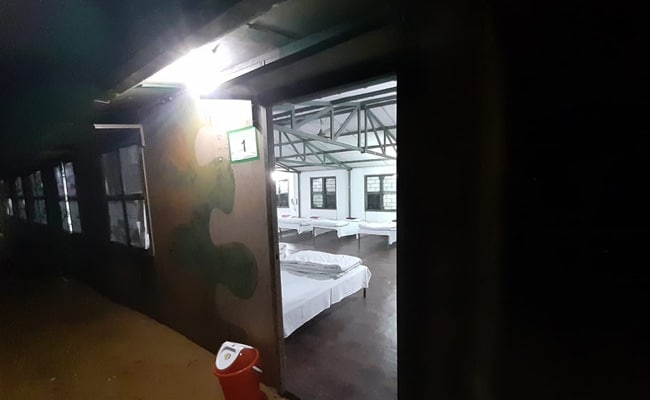 Coronavirus: The quarantine facility was created by the Indian Army

The third group will be referred to as "non-contact cases". These are individuals who do not display any symptoms or have not had contact with a possibly infected Chinese person in the past fortnight.

This group, which will also be sent to the quarantine facility, will also include those who do not fit into either of the first two categories.

All individuals in the facility will wear three-layered masks and undergo daily medical examination. If, after 14 days, they show no symptoms, they will be allowed to go home.

However, they will continue to be under district/state surveillance and their medical records will be forwarded to concerned authorities for follow-up.

Individuals developing infection during the quarantine period will be shifted from the facility to the BHDC isolation ward, with samples sent to the National Centre for Disease Control (NCDC) in Delhi for confirmation they have the n-COV virus. Coronavirus: Nobody will be allowed to enter or leave the facility unless there is an extreme emergency

Patients will be discharged only after confirmed clinical recovery and two successive negative samples.

The facility, which will be commanded by an Officer-in-Charge, will count a Community Medicine Specialist, two Nursing Officers, a woman Medical Officer and a nursing assistant among its staff members, consists of dormitory-style beds in barracks, administrative areas and a medical facility.

No civilian or serving Army personnel will be allowed inside, and doctors and nurses inside cannot leave, unless it is an extreme emergency.

The Indo-Tibetan Border Police (ITBP) has set up a similar camp in southwest Delhi for families returning from Wuhan, a spokesperson told news agency PTI today. This facility will have around 600 beds and provide basic medical care, with special arrangements for women and children. 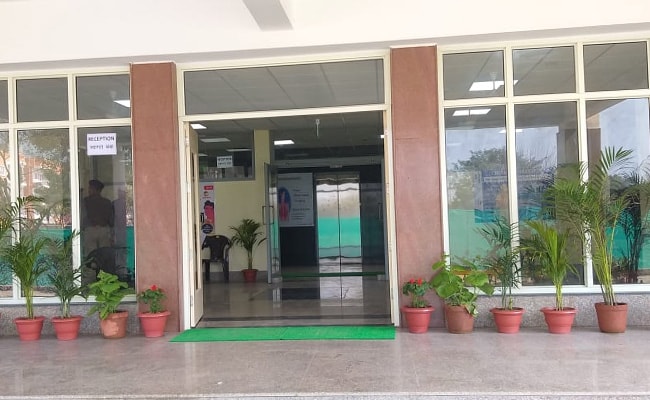 A specially-prepped Air India Boeing 747 took off at around 12.30 pm from Indira Gandhi International Airport in Delhi today to bring back Indians stranded in Wuhan.

The plane, which is carrying five doctors from the Ram Manohar Lohia Hospital in the city and an Air India paramedic, will reach Wuhan in about six hours and spend two to three hours there before returning at 2 am Saturday. 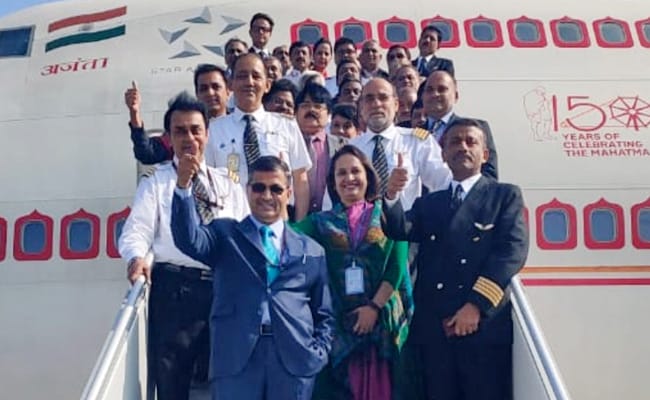 Coronavirus: A team of five doctors and one paramedic have been sent to Wuhan

India reported its first positive case of coronavirus on Thursday - a Keralite student from Wuhan University. "The patient had returned from Wuhan and is now kept in isolation at General Hospital in Thrissur. She is stable," KK Shailaja, the Kerala Health Minister, said.

Over 200 people have died in this outbreak, which this morning the World Health Organisation (WHO) called a "global health emergency".