Deputy Superintendent of Police Ramaswamy Parthasarathy, who arrested Mr Chidambaram in the INX Media case last year, has been awarded with the President's Police Medal for Distinguished Service, the officials said. 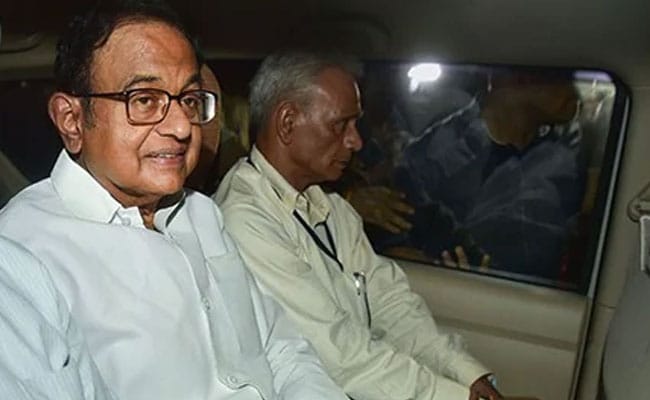 An officer who climbed the walls of former Finance Minister P Chidambaram's house to arrest him last year is among 28 CBI officers who have been awarded the President's police medals on the eve of Republic Day, officials said on Saturday.

Deputy Superintendent of Police Ramaswamy Parthasarathy, who arrested Mr Chidambaram in the INX Media case last year, has been awarded with the President's Police Medal for Distinguished Service, the officials said.

An officer known for his cool demeanour but stern attitude, Mr Parthasarthy had also arrested Karthi Chidamabaram in the case, they said.

Another top cop who made to the list was Dhirendra Shukla, who headed a team that deported the first Indian national from the UAE.

Mr Shukla had successfully probed the murder of Mumbai-journalist J Dey, headed the sports integrity unit of the agency for five years and was the choice of the United Nations to be part of a police contingent in Monaco.

He had headed the team which brought Roshan Ansari, the first deported Indian from the UAE, to India, they said.

Mr Shukla had also headed the probe in the cases related to alleged castration of followers of Dera Sachcha Sauda head Gurmeet Ram Raheem and murder case of journalist Rajeev Ranjan among others.

Superintendent of Police Binay Kumar of special crime unit, who has a knack of solving complex murder cases, has been awarded Police Medal for Meritorious Service.

He had led the probe into infamous Kherlanji murders of 2006 in which four members of a scheduled caste community were brutally killed over a land dispute by upper caste people in Kherlanji village in Maharashtra, they said.