As per the notification issued by the state Home Department, six Indian Police Service (IPS) officers were promoted. 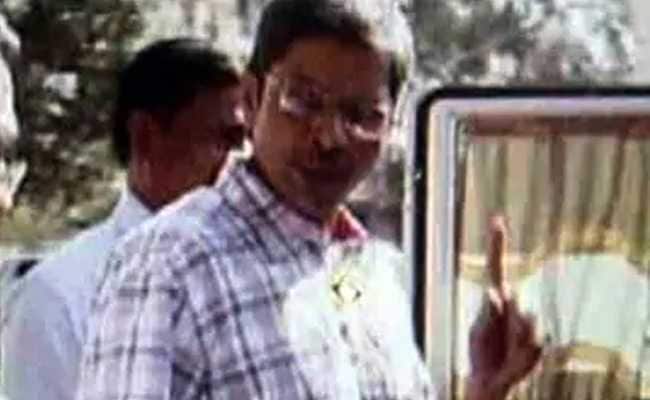 GL Singhal was arrested in February 2013 in connection with the Ishrat Jahan case. (File)

An accused in the Ishrat Jahan fake encounter case and another who was recently discharged in the Sohrabuddin Shaikh case are among six IPS officers promoted by the Gujarat government on Tuesday, according to a notification.

GL Singhal, one of the seven IPS officers named in its chargesheet by the Central Bureau of Investigation (CBI) in the Ishrat Jahan case, has been promoted to the rank of inspector general from deputy inspector general of the Commando Training Centre in Gandhinagar.

Vipul Aggarwal, who was recently discharged by the Bombay High Court in connection with the Sohrabuddin Shaikh alleged fake encounter case, has been promoted to the post of the joint commissioner of police (administration), Ahmedabad.

Mr Singhal was arrested in February 2013 in connection with the Ishrat Jahan case. He was granted bail by a CBI court, following which the state government had reinstated him in May 2014 as the superintendent of police of the State Crime Records Bureau.

Ishrat Jahan, a 19-year-old girl from Mumbai, and three others were killed in an encounter on the outskirts of Ahmedabad on June 15, 2004. A special investigation team (SIT), constituted by the Gujarat High Court, had concluded that the encounter was fake, following which the case was transferred to the CBI.

Mr Aggarwal was reinstated in November 2014 after being granted bail in the alleged fake-encounter killings of gangster Sohrabuddin Shaikh, his wife, Kausar Bi, and his aide, Tulsi Prajapati.

All the 38 accused in the case have been acquitted, including the 22 accused who were discharged last month.

As per the notification issued by the state Home Department, six Indian Police Service (IPS) officers were promoted.

Surat Commissioner of Police Satish Sharma has been promoted to director general of police rank and will continue to be Surat top officer, the state government notification said.

IPS officer JR Mothaliya, additional commissioner of police (traffic), Ahmedabad, has been made the JCP. The pay scale of another 22 IPS officers has been changed, the notification said.