He secured 39 out of the 58 valid votes, defeating his rival Kennedy Khyriem of the Congress who got 19 votes, officials said. 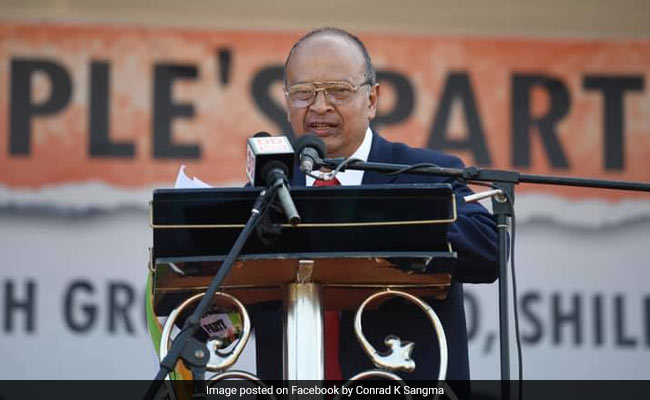 He secured 39 out of the 58 valid votes, defeating his rival Kennedy Khyriem of the Congress who got 19 votes, they said. The Congress has 19 MLAs in the 60-member House.

Notwithstanding the political situation in Manipur, BJP MLAs in Meghalaya voted for the ruling Meghalaya Democratic Alliance candidate WR Kharlukhi leading to his victory.

"There is no doubt that the BJP will vote for the consensus candidate of the MDA. We are part of the alliance and we have unanimously voted for WR Kharlukhi," state minister AL Hek of the BJP said.

The BJP has two MLAs in Meghalaya.

Chief Electoral Officer FR Kharkongor declared that one vote was invalid and one MLA, Adelbert Nongrum of the Khun Hynniewtrep National Awakening Movement, abstained from voting.

Chief Minister Conrad K Sangma said on Thursday night that the political situation in Manipur will not have any impact on the government in Meghalaya.

Four members of the NPP, who were ministers in the BJP-led coalition government in Manipur, have resigned, triggering a political crisis in that state.

WR Kharlukhi, 63, was born in Jowai and holds an MPhil degree in History and a PhD in Political Science.

He was known to be a close associate of NPP founder and Conrad Sangma's father PA Sangma and had held important posts in the NCP and then the NPP.

No Curb On Use Of PM's Name, Photo For PM Cares Fund, High Court Told