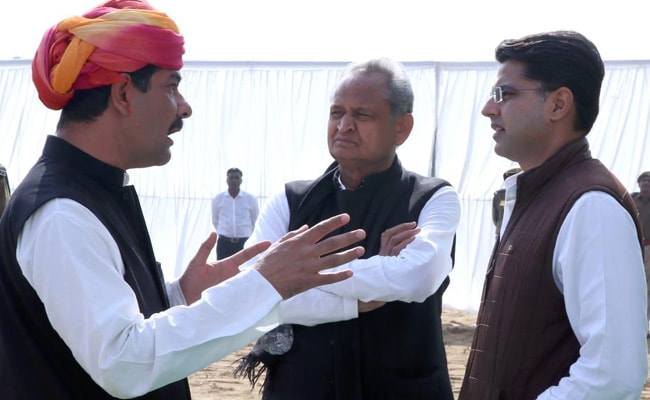 Jitendra Singh (left) said the Congress made Sachin Pilot (right) a Union Minister at the age of 35.

The Congress government in Rajasthan is secure and has the numbers to prove a majority despite the open revolt led by former Deputy Chief Minister Sachin Pilot, senior party leader from the state and former parliamentarian Jitendra Singh has told NDTV on Thursday. "The situation in Rajasthan is that the government is absolutely stable. The government has majority number of MLAs but it unfortunate that Sachin Pilot has decided to stay away from the Congress," he said.

Unfortunately, in politics the paradigm has shifted from service to self-service resulting in shattered ambitions, Mr Singh said, adding, "Sometimes these young leaders forget the oath they have taken of the Constitution of India. Why are they in politics? They are in politics to serve the people and not themselves and this is the problem with some of our young leaders."

"He has held important ministries like communications, Corporate Affairs and then he was given a very important charge as PCC (Pradesh Congress Committee) President and then later promoted as Deputy Chief Minister of Rajasthan," the former MP said.

Asked about young leaders feeling left out in the Congress, Mr Singh gave credit to the Congress and more so to former chief Rahul Gandhi for giving them a chance to be true leaders in their own right across the country.

"If anybody has promoted young leadership it has been Congress party and in particular Rahul Gandhi. From Kashmir to Kanyakumari, I can name hundred to thousands of young Congress workers from humble backgrounds who have reached the top," Jitendra Singh said.