The Samajwadi Party does not field candidates against Sonia Gandhi and Rahul Gandhi from Amethi and Rae Bareli. 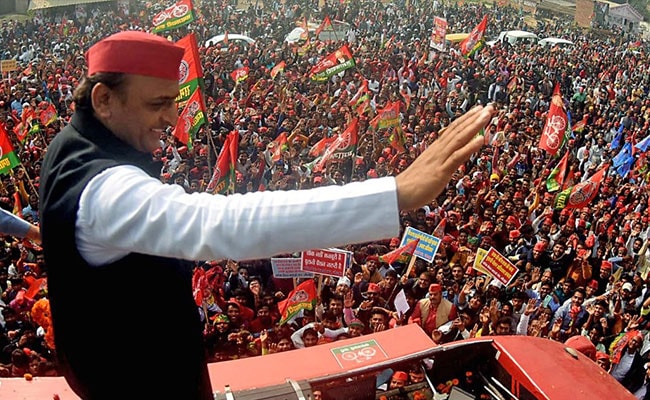 The Congress has decided that it will not field candidates against Samajwadi Party chief Akhilesh Yadav and his uncle Shivpal Yadav as a gesture of courtesy. The Samajwadi Party, despite its 'on again off again'' relationship with the Congress, does not field candidates against Sonia Gandhi and Rahul Gandhi from Amethi and Rae Bareli in parliamentary elections. This time, the two parties have not renewed their alliance after the disastrous outcome of their 2017 joint venture.

Akhilesh Yadav is contesting the Uttar Pradesh assembly polls for the first time from Karhal, a seat under his father Mulayam Singh's stronghold Mainpuri.

His main rival will be the BJP's Union Minister SP Singh Baghel, who started his political career with the Samajwadi Party and was close to Akhilesh Yadav's father Mulayam Yadav.

Mainpuri, Mr Singh had declared during his nomination, "is not anyone's stronghold".

"I will fight with all my might… I have seen Kannauj, Firozabad, and Etawa (Samajwadi strongholds) fall," he had said, adding that his entry was the surprise element every election should have.

Shivpal Yadav, who quit the Samajwadi Party and formed his own political group after a family feud ahead of the 2017 state polls, joined hands with Akhilesh Yadav for this election as part of the rainbow coalition the Samajwadi leader stitched up to take on the BJP.

He will be contesting from Jaswant Nagar in Etawah – another stronghold of the family.

Mayawati's Bahujan Samaj Party has declared that it will field Dalit candidates against both leaders.

Elections will be held in both Karhal and Jaswant Nagar on February 20 in the third of the seven-phase polls in Uttar Pradesh.