Faisal Patel, 41, had recently said he was not sure about formally joining the Congress. 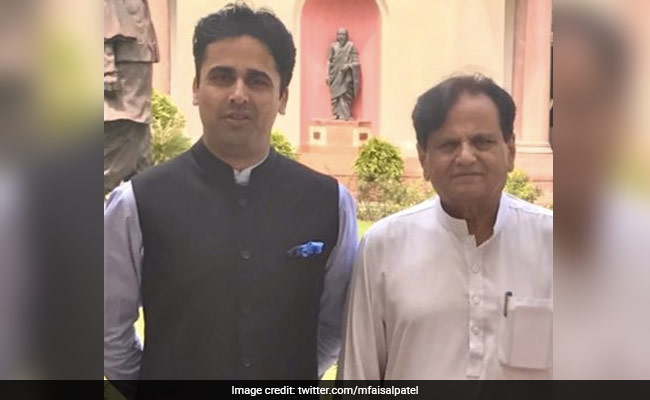 Faisal Patel is the son of Ahmed Patel, who was Sonia Gandhi's political secretary. (File photo)

Congress leader Ahmed Patel's son Faisal Patel today dropped a big hint that he could be on his way out.

Ahmed Patel, a close aide of Congress president Sonia Gandhi and her political secretary, died in 2020.

Faisal Patel, 41, had recently said he was not sure about formally joining the Congress.

"Tired of waiting around. No encouragement from the top brass. Keeping my options open," he tweeted today.

Tired of waiting around. No encouragement from the top brass. Keeping my options open

The post triggered talk about Faisal Patel making his political debut in a different party ahead of elections later this year in Gujarat, his home state.

He also tweeted that he would be touring parts of Gujarat. "Starting 1st of April, I will be touring the 7 assembly seats of Bharuch & Narmada districts. My team will assess the current reality of the political situation and will make major changes if needed to accomplish our main goal- win all 7 seats god willing," he tweeted on March 27.

Ahmed Patel, a Rajya Sabha member from Gujarat, was one of the Congress's trouble-shooters and a confidante of the Gandhi family. He died of Covid-related complications.

His son Faisal's tweet reflects the general disgruntlement and drift in the party, which has worsened over serial election defeats.

The party fears more exits after its latest election defeats, in five states.

Already, there are reports of disenchantment in the Congress's Gujarat unit.

2 Arrested Over Sacrilege Incident In Gurdwara In Punjab's Jalandhar