The dig was especially meant for Kamal Nath and Digvijaya Singh -- former rivals accused of sidelining him and pushing him out of the party. 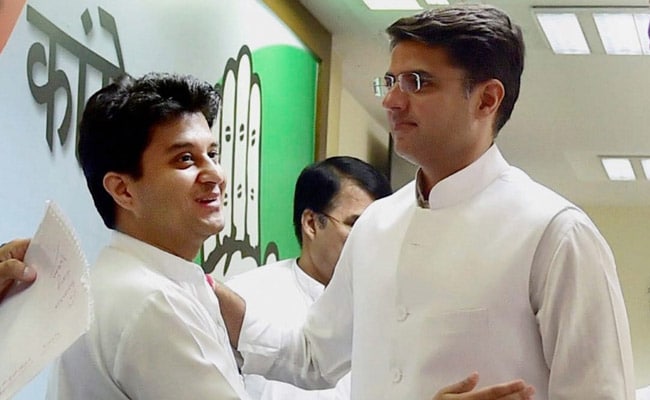 Jyotiraditya Scindia, however, refused to speak about the current crisis (File)

Today, he told reporters that the people of Madhya Pradesh are "disenchanted" with the Congress.

"The people of the state are disenchanted with the Congress because it ran affairs during its 15-month rule like a business. Rampant corruption prevailed at the state secretariat during Congress rule," Mr Scindia was quoted as saying by news agency Press Trust of India.

The dig was especially meant for Kamal Nath and Digvijaya Singh -- former rivals accused of sidelining him and pushing him out of the party.

Mr Scindia, however, refused to speak about the current crisis for the Congress in Rajasthan. The 49-year-old had posted a taunt for the Congress yesterday as longtime colleague and a key member of the paty's young brigade, Sachin Pilot, rebelled.

"Sad to see my erstwhile colleague Sachin Pilot too, being sidelined and persecuted by Rajasthan Chief Minister Ashok Gehlot. Shows that talent and capability find little credence in the Congress," read the tweet by the former Congress leader, who had quit the party alleging that he was not given his due.

Both Mr Pilot and Mr Scindia -- leaders with mass following -- had to settle for less than what they expected after Congress won the assembly elections in Rajasthan and Madhya Pradesh in 2018.

Despite making their ambition for the top job clear, they climbed down following personal intervention by Rahul Gandhi. Mr Scindia was made the in-charge western Uttar Pradesh ahead of the Lok Sabha elections.

Mr Pilot was made the Deputy Chief Minister. For the rejuvenation of the party after its decimation by the BJP in 2013, he was also allowed to retain the post of the state party chief – which became a catalyst I the hostilities between him and Chief Minister Ashok Gehlot.