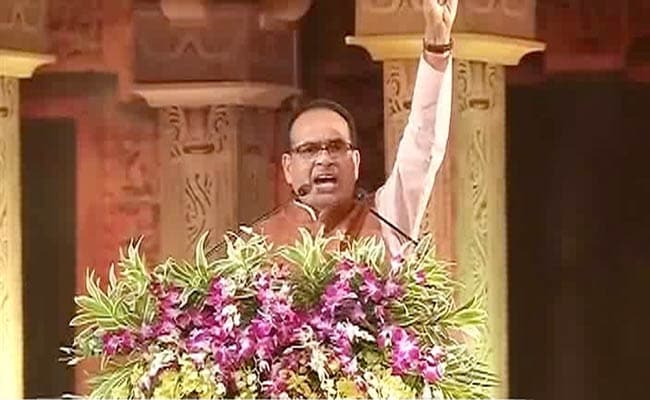 Amethi, Uttar Pradesh: The Congress has become "a sinking boat" and bicycle, the poll symbol of the Samajwadi Party, has got "punctured", senior BJP leader and Madhya Pradesh Chief Minister Shivraj Singh Chouhan claimed on Satruday.

Addressing a rally in the district in support of Uma Shankar Pandey, the BJP candidate for Gauriganj Assembly seat he also accused both the Samajwadi Party and the BSP of "ruining Uttar Pradesh in turns".

Slamming the Congress-SP alliance for the Assembly polls, Mr Chouhan said, "Congress has become like a sinking boat and the bicycle of Samajwadi Party has already got punctured."

"UP Chief Minister Akhilesh Yadav has left no stone unturned to ruin the state. He, with all his powers, has tried to develop his own family and blocked the development of state," he alleged.

Promoted
Listen to the latest songs, only on JioSaavn.com
Accusing the Samajwadi Party government in the state of not launching the Central schemes, Chouhan alleged, "Uttar Pradesh is lagging in all respects, but gundaism and casteism has developed in the state.

Hitting out at BSP chief Mayawati, he claimed, "Maya madam has been turned into 'Daulat ki Beti' (daughter of wealth)."

No Evidence Of Any New Variant Of COVID-19 In India: Genome Sequencing Panel