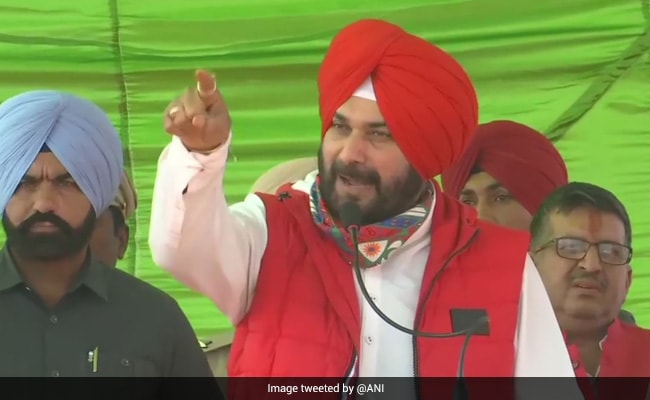 Navjot Singh Sidhu has been critical of the Punjab Chief Minister over 2015 police firing case.

"To know what is right and not to do it is the worst cowardice," said Mr Sidhu, insinuating the alleged failure of the chief minister in ensuring justice in the case.

The cricketer-turned-politician has been repeatedly attacking Mr Singh on social media over the alleged delay in delivering justice in the desecration of a religious text and police firing incidents in 2015.

"Thousands of cases are solved by the Punjab police on daily basis, none requires an SIT or Inquiry Commission. I have elaborated the role of Badals behind Sacrilege, Behbal Kalan & Kotkapura firing multiple times. Yr 2018/19 reiterating my demand for Justice with Sukhi Randhawa Ji," said Mr Sidhu in a tweet.

To know what is Right and Not to do it is the worst Cowardice !! 2/2 pic.twitter.com/hKV8Qca9T3

"To know what is Right and Not to do it is the worst Cowardice !!," he said in another tweet.

Mr Sidhu has been critical of the Punjab Chief Minister after the Punjab and Haryana High Court quashed a probe report into the 2015 Kotkapura firing case last month.

The state government had formed a new Special Investigation Team to probe the Kotkapura firing incident in 2015.

The Amritsar East legislator had questioned the alleged "deliberate delay" in ensuring justice and had accused Amarinder Singh of evading responsibility in the 2015 sacrilege case.