Mr Thorat, who met the chief minister at the latter's residence "Matoshree" in Bandra, was accompanied by his ministerial colleague and senior Congress leader Ashok Chavan. 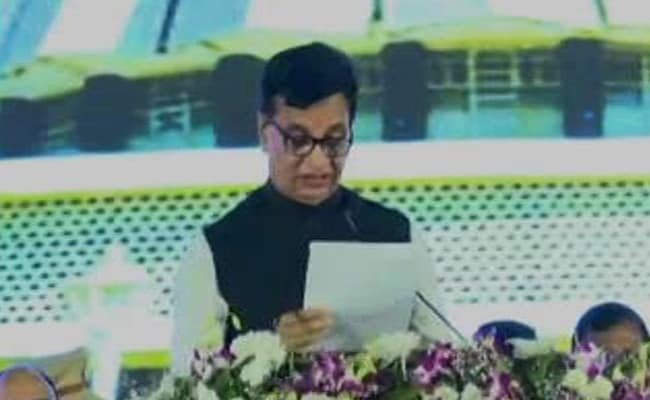 Amid talk of Maharashtra Congress sulking over not having enough say in the Maha Vikas Aghadi (MVA) government, the party's state president Balasaheb Thorat on Thursday met Chief Minister Uddhav Thackeray and later said that his party was not feeling sidelined and that the alliance was stable.

Mr Thorat, who met the chief minister at the latter's residence "Matoshree" in Bandra, was accompanied by his ministerial colleague and senior Congress leader Ashok Chavan.

Mr Thorat later claimed that during the meeting, issues like ways to help the poor people facing hardships due to the coronavirus pandemic and the need to implement "Nyuntam Aay Yojana" (Nyay) scheme in the state, were discussed.

The Nyay scheme, the brainchild of Congress leader Rahul Gandhi, was floated before the 2019 Lok Sabha polls.

Talking to reporters after the meeting, Mr Thorat, who is the state Revenue Minister, said that the Congress was not sulking in the Shiv Sena-led MVA alliance.

"We have come together for the alliance to protect the interests of the common man, which is our agenda. The alliance is stable and will do good work for the next five years. The Congress is not feeling sidelined. We only want equal distribution of development funds," he said.

"Rahul Gandhi had put forth the Nyay scheme before the country. It needs to be implemented nationwide. Poor people are in dire straits," Mr Thorat said.

He said that apart from the Nyay scheme, discussions also revolved around the compensation package for cyclone Nisarga-affected areas.

"There are some issues which need to be discussed face-to-face. Certain issues cannot be discussed in large meetings. Today's interaction was positive," he said.

When asked about the appointments to 12 Legislative Council seats from the Governor's quota, he said, "When the government was formed, it had been decided that the distribution of council seats would be equal. So there is no discussion on that."

"We did not discuss that," he said.

The Congress leaders' meeting with the CM assumes significance as the party had of late started making a pitch for having a say in the decision-making process in the MVA government.

As the chief minister was holding talks with NCP chief Sharad Pawar on important issues including the coornavirus pandemic and relief for victims of cyclone Nisarga, it had created a feeling among Congress leaders that they are being left out, Congress sources had said.

The Shiv Sena had on Tuesday called the Congress an "old creaking cot" following the Sonia Gandhi-led party grumbling about not having enough say in the ruling coalition.

The editorial in the "Saamana" had said that internal resentment was inevitable in an alliance of parties with different ideologies.

The Congress was an old party with a historical legacy where murmurs of resentment are more, it had said.