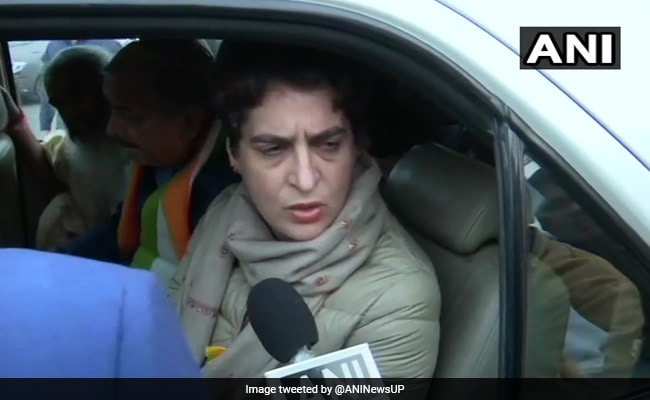 The activist's bail petition was denied by a Lucknow court, which termed her offences under which she was arrested, serious in nature.

"The UP government has crossed all limits of inhumanity. Congress activist Sadaf Zafar is clearly seen asking the police to arrest those who are spreading the violence. The police have put Sadaf in jail by making baseless allegations," Ms Vadra tweeted as she reached Jafar's house to meet her family members.

Earlier, the Chief Judicial Magistrate Sudesh Kumar said Jafar is not entitled to bail as the "offences under which she has been booked" are serious in nature.

Sadaf Jafar, who is also a Congress spokesperson, was arrested while she was live on Facebook from the spot where the protests had gone violent.