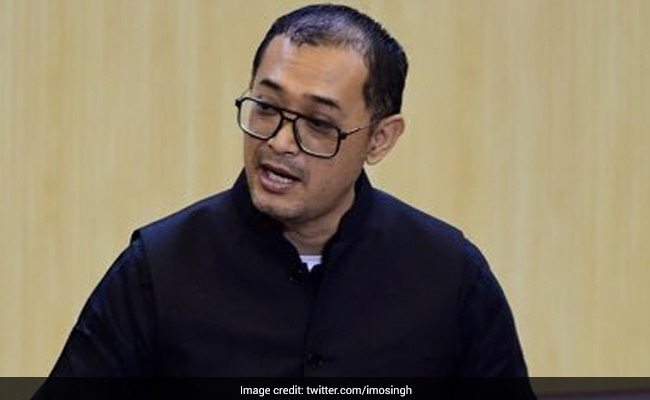 Decision was taken on the basis of recommendation of disciplinary committee of the state Congress.

The Manipur Congress MLA Rajkumar Imo Singh was expelled from the party for six years on Thursday for his anti-party activities, sources in the state unit said.

The decision was taken on the basis of recommendation of disciplinary committee of the state Congress.

"Rajkumar Imo Singh ceases to be member of the Congress with immediate effect," said the order.

He is son of state Congress veteran Late RK Jaichandra Singh, a fomer union minister who also served as Manipur chief minister in the past.

Mr Singh along with another party legislator had voted for Maharaja Leishemba Sanajaoba, BJP candidate in the recently held Rajya Sabha election, though there was a Congress candidate in the election.

The Congress nominee was defeated in the poll.

Mr Singh had accompanied the chief minister to the national capital on Sunday last along with six ex-MLAs of the Congress to meet the BJP leadership.

Except for Md Abdul Nasir, the rest five later joined BJP in Delhi.

The six, who were among the eight Congress legislators skipping the confidence vote taken by the BJP-led government headed by Biren Singh, had resigned from the membership of the Assembly as well as from the primary membership of the party.

Biren Singh had comfortably won the trust vote on August 10.