Congress cited a Comptroller and Auditor General (CAG) report that said the government allotted the spectrum in 2015 on "first-cum-first-service" basis in contradiction of rules. 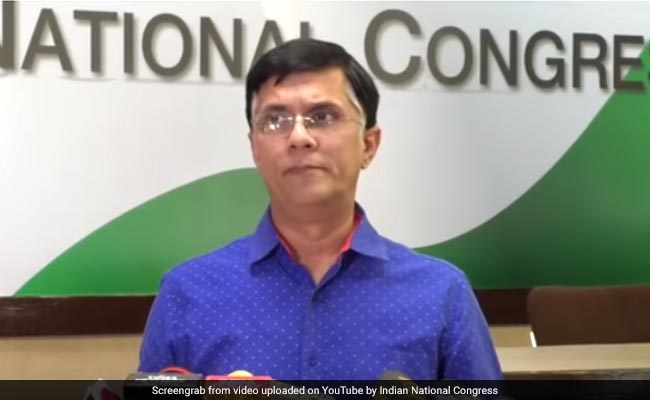 The Congress Monday alleged a "scam" by the Modi government in the allocation of microwave spectrum in 2015 and demanded a Supreme Court-monitored probe into the matter. The party also alleged that it had caused losses of crores to the exchequer.

Congress spokesperson Pawan Khera cited a Comptroller and Auditor General (CAG) report that said the government allotted the spectrum in 2015 on "first-cum-first-service" basis in contradiction of rules. This caused losses to the state treasury, he claimed.

On Thursday, Union minister Ravi Shankar Prasad said every spectrum was allocated through auction during his tenure as telecom minister and will look into the anomalies pointed out by the CAG in spectrum allocation of 2015.

The CAG report, tabled in Parliament on January 8, said a set of Microwave access (MWA) spectrum was allocated to a telecom operator in 2015 on the first-cum-first-service (FCFS) basis in contravention to the recommendations of a committee, while 101 applications for microwave (MW) spectrum were pending with the government.

The national auditor neither mentioned the name of the company to which the microwave spectrum was allocated and nor the loss estimates.

Mr Khera, alleging it to be a "big scam", claimed that the decision taken by the government was also in violation of the Supreme Court judgment that spectrum would be made available only through a market driven process.

He claimed that the total loss caused by the government to the state exchequer was "Rs 69,381 crore, including non-recovery of charges of Rs 45,000 crore from private telecom companies for spectrum used for defence".

"Recently, PM (Prime Minister Narendra Modi) Modi shouted from rooftops that there is not a single allegation of corruption against his government," Mr Khera said.

This is a "ludicrous and laughable" claim by Prime Minister Modi, "he is once again today exposed by a CAG report on telecom spectrum scam", the Congress leader said.

The report "reveals how the Modi government allotted precious microwave spectrum to its private businesses on 'first come, first serve basis'', rather than an auction,thereby flagrantly violating the 2012 Supreme Court judgment in the 2G case", he told reporters.

"We demand a free and fair time-bound inquiry into these charges. We feel that there should be a Supreme Court-monitored probe for the truth to come out as the government does not have confidence in on our national institutions," the spokesperson said.

Mr Khera alleged that "Modi-nomics had become the synonym of 'crony-nomics'' where the interests of 'Suit-Boot'' is writ large. The Modi government has indulged in 3 major spectrum scams in the last 4.8 years."

He said the 125-page CAG report, "conclusively proves" that the Modi government allotted a set of spectrum in 2015 on the first-cum-first-service basis, in contradiction to the recommendations of a 2012 committee even as 101 applications for microwave spectrum were pending with the government.

This caused a massive loss of Rs 560 crore to the public exchequer, he alleged.

Mr Khera also accused the government of "brazenly violating" and claimed the 2012 Supreme Court judgement stated that "while transferring or alienating the natural resources, the state is duty-bound to adopt the method of auction by giving wide publicity so that all eligible persons can participate in the process"

"The Modi government acted as a willful collaborator with its select cronies and artfully violated this judgment. The BJP, which had supported the cancellation of spectrum allotment and had staunchly batted for an 'allocation'', has now shown its true colours.

"Today, the BJP government stands guilty of violating the same principle and causing huge losses to people," he said.

The Congress leader also alleged that the CAG's observations on huge revenue loss due to the government''s "flawed spectrum management are a testimony to their crony policies".

"For the last five years they squandered the nation''s wealth to favour a select few. Though the people of India have already made up their mind to show the exit door to the Modi government, an independent investigation into the findings of the latest CAG report is the need of the hour," he said.

Citing some of the observations of the CAG report, he said, "Further by allowing initial incumbent telecom spectrum providers (TSPs) to hold administratively allotted excess MWA carriers and allotment of MWA to one applicant in December 2015, the principle of providing level playing field to all TSPs was not being followed."

"Considering above facts and DoT''s (Department of Telecommunications) committee recommendations, the allotment of MWA spectrum should have been made only through auctions," Khera said.

He alleged that the CAG had also found that the telecom department had used an old method to collect some of the spectrum charges instead of the new method, which is based on revenue-sharing.

Besides, the Congress leader alleged that no waiver of spectrum charges was given to defence forces by the government.

The CAG, he said, found that ''Notification of Defence Band and Defence Interest Zone'' was approved by the Cabinet on January 21, 2015, and a separate proposal for waiver of spectrum charges payable by the defence department was to be submitted for approval of the Cabinet.