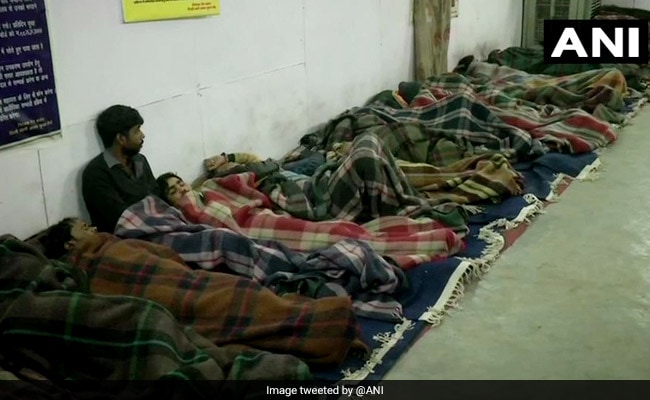 As the temperature in the national capital continues to dip, cold wave further intensified forcing people to take refuge in night shelters. The sufferers in the cold, flocked to Delhi's Ramlila Maidan to survive the windy nights.

The Air Quality Index (AQI) data revealed the air quality was recorded in 'poor' category in Lodhi road area. The authorities have forecast rainfall in the next couple of days.

Delhi: Major pollutants PM 2.5 at 234 and PM 10 at 230, both in 'Poor' category in Lodhi Road area, according to the Air Quality Index (AQI) data. pic.twitter.com/CyQrqR5CyM

Yesterday, some parts of Delhi received minimal rains. On Thursday, the maximum temperature was recorded at 21.5 degrees Celsius, a notch below the normal.