The order for suspension of the flying licence of Air Carnival was issued earlier this month, a DGCA official said. 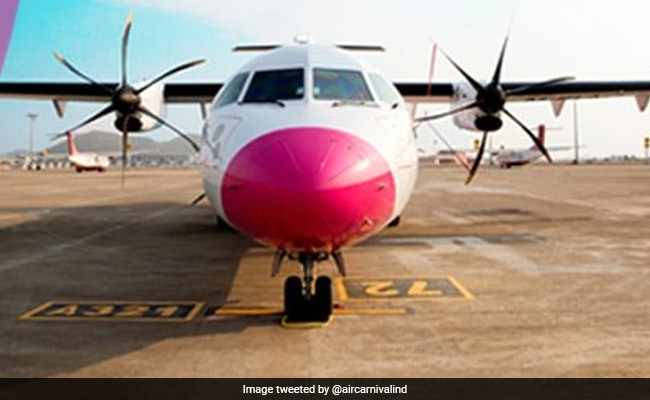 Mumbai: The Directorate General of Civil Aviation (DGCA) has suspended the flying licence of Coimbatore-based Air Carnival, the third regional airline to face such an action in the last eight months. Air Carnival, which has not operated a single flight since early April, follows Air Pegasus and Air Costa, whose air operator permits have also been suspended by aviation regulator DGCA.

"The DGCA has suspended Air Operator Permit (AOP) of Air Carnival after it failed to satisfy the regulator in its response to the show-cause notice," a DGCA official said.

The order for suspension of the flying licence of Air Carnival was issued earlier this month, the official said.

The suspension of flying permits of these regional carriers has come at a time when the government is moving ahead with the ambitious regional air connectivity scheme that aims to connect unserved as well as under-served airports and make flying more affordable.

As per section 15(2)(b) of Schedule XI of the Aircraft Rules 1937, DGCA may cancel or suspend permit of an airline for such period as it thinks fit, if it is satisfied that the holder of the permit has failed to establish a safe, efficient and reliable service.

However, before cancelling or suspending the flying permit of an operator, the regulator issues a show cause notice with a two-week time to respond.

Promoted by the CMC Group (Coimbatore Marine College), Air Carnival had started operations last July with with one ATR-72 aircraft.

Before grounding operations, the regional carrier was operating 10 daily flights to three cities - Chennai, Trichy and Tuticorin - from Coimbatore.

Its lone aircraft has also been deregistered and taken away by the lessor, the official said.

The promoters had earlier inked a deal for a 100 per cent stake dilution to an angel investor for about Rs 70 crore, but the transaction is yet to be completed, sources said.

Significantly, only one carrier - TrueJet - of the four airlines which were operating under the regional AOP has survived in the market in the last almost one year.

Bengaluru-based Air Pegasus was the first one to cease operations on July 27 last year on account of fund crunch.

Consequently, the DGCA suspended its AOP in last November.

Though its promoters had announced a deal with another aviation firm FlyEasy in January and said the carrier would resume services under the new management from March, the airline failed to take-off.

Then in February, another regional carrier, Vijaywada-based Air Costa announced suspension of its services initially for a few days and later indefinitely for want of cash and non-payment of dues to the aircraft lessors.

Its AOP was suspended last month, according to the DGCA official.

(This story has not been edited by NDTV staff and is auto-generated from a syndicated feed.)
Comments
Air CarnivalDGCA