The operation was carried out by a team of the anti-terrorist squad, Coast Guard and the Marine Task Force 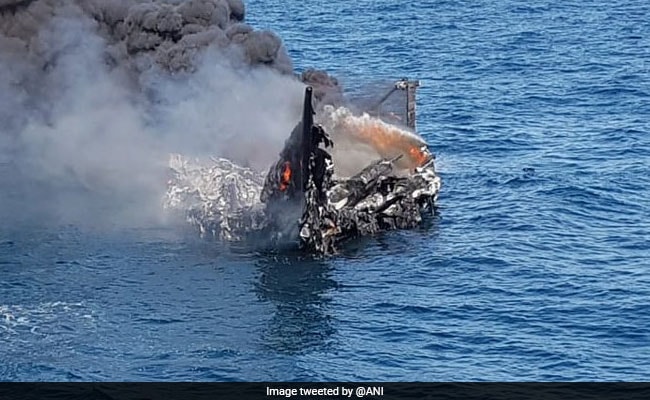 The men on the boat set the vessel on fire to destroy evidence, a report said

Nine Iranian nationals were arrested and at least 100 kg of heroin were seized from their boat in a joint operation by Indian marine forces, news agency ANI reported.

The men on the boat set their vessel on fire to destroy evidence, officials said. A team of the interdiction force tried to douse the fire but the boat sank, they said.

The operation was carried out by a team of the anti-terrorist squad, Coast Guard and the Marine Task Force, ANI reported. The heroin is worth Rs 500 crore, officials said.

"ATS has seized approximately 100 kg heroin from the smuggler's boat, which is estimated to be of Rs 500 crore in the international market. Legal action is being initiated against them," the ATS told reporters. 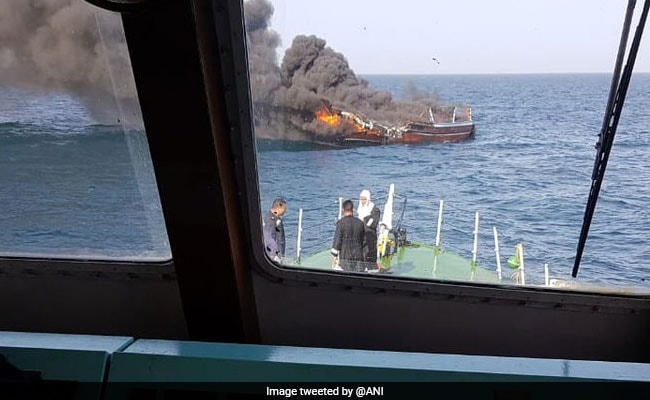 According to ATS Assistant Commissioner of Police (ACP) BP Rojiya, they got intelligence inputs that a consignment of heroin was going to be smuggled in Gujarat through the coast. He passed on the information to senior ATS officers.

Based on limited information, a search operation was undertaken by a joint team of the three agencies - Coast Guard, ATS, and Marine Task Force.

The operation was conducted on March 26, the ATS told reporters.

"After more than 24 hours of search, we identified a suspicious boat. ICG Ship chased the boat. The boat's crew set it ablaze to destroy evidence. Indian Coast Guard ship attempted to extinguish the fire, but could not succeed due to the presence of 24,000-litre fuel and a few gas cylinders," the ATS said, according to ANI.

During the interrogation of the nine Iranian nationals, the ATS came to know about a Pakistani national, Hamid Malek, who sent the consignment. The heroin was then loaded in the Iranian boat off Gwadar port in Pakistan. Further investigation is on, the ATS said.