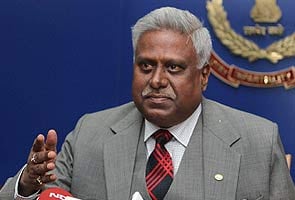 New Delhi: Today is the last day for CBI Director Ranjit Sinha to file a personal affidavit in the Supreme Court stating whether or not Law Minister Ashwani Kumar reviewed the agency's report on the coal scam.

The affidavit will state whether the minister suggested a "list of alterations" that were then cleared by the Prime Minister's Office (PMO).

According to sources, the affidavit will say the Law Minister did meet the CBI chief and suggested rephrasing of the report, but the investigating agency did not give in to pressure and its final report is independent.

The Opposition on Tuesday demanded the Prime Minister's resignation in Parliament over the issue. "There is reason to believe PMO officials were involved in the proposed changes to the coal report," said BJP leader Arun Jaitley.

"Let all emails exchanged between PMO officials and the Law Ministry on the coal report be made public at once," he demanded.

In the report the CBI gave to the Supreme Court last month, the agency said the government had failed to check the financial and other records of companies that got coal licences. The agency is expected to invoke this indictment to prove its report was not compromised.

The CBI's investigation is meant to be independent and its report kept confidential between the court and the agency.

Promoted
Listen to the latest songs, only on JioSaavn.com
When it received the document, the Supreme Court had asked Mr Sinha to submit a written assurance by April 26 that the document had not been seen by "the political executive."

The coal scam is particularly sensitive for the government because for some of the years under review, the Prime Minister was directly in charge of the coal ministry. It is alleged that the government cost the country thousands of crores of public money because it did not follow a transparent bidding process while allocating the coal blocks.