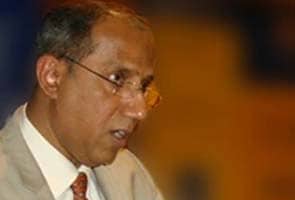 New Delhi: Reinforcing the damaging admissions made by the CBI, one of the government's most-senior law officers has suggested that Attorney General GE Vahanvati misrepresented the facts to the Supreme Court about whether a confidential report on the CBI's investigation into the coal swindle had been reviewed by both him and the government.

Additional Solicitor General Harin Raval has made the grave allegations in a letter-bomb that he sent to the Attorney General last night.  He writes that Mr Vahanvati incorrectly told the court that he had not seen the report, forcing Mr Raval to take the same stand. (Read his full letter here)

Separately, CBI chief Ranjit Sinha told NDTV that a week before that hearing, changes were made to the coal report at a meeting called by Law Minister Ashwani Kumar, but said he could not recall what those changes were.

The court hearing today is crucial because judges will react to the CBI's confession, made last week, that a report given to them on March 8 had been screened and vetted days before that by Law Minister Ashwani Kumar and a senior bureaucrat each in the Prime Minister's Office and the Coal Ministry.

Promoted
Listen to the latest songs, only on JioSaavn.com
Mr Raval's letter has turned up the dial by several searing notches. Sources say Mr Raval is likely to resign soon and that his letter is meant to explain why the spectre of misconduct has lurked around him.