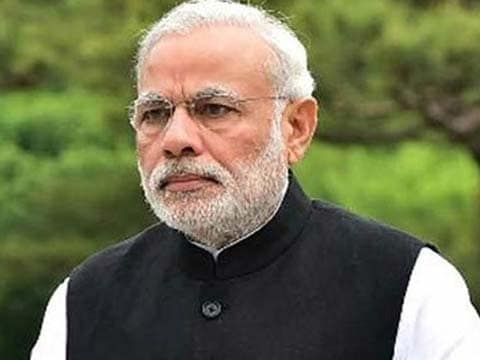 New Delhi: As the Narendra Modi government's flagship Clean India mission completes one year, the centre on Thursday said it was difficult to "quantify" the success but it has managed to make a change in the mindset of people.

"The last one year of this noble mission is a kind of good beginning. We need to sustain the intent, enthusiasm and energy to take this mission to its logical conclusion," Urban Development Minister M Venkaiah Naidu told the media on the first year anniversary of the 'Swachch Bharat Abhiyan' or the Clean India mission.

"You can't quantify (the success) as it involves every house, section and person," he said.

"Though we target elimination of open defecation, and 100 percent scientific disposal of municipal solid waste by October 2019 as a tribute to the Mahatma on his 150th birth anniversary, this mission is all about imbibing right attitudes towards sanitation and adopting clean practices for life," Mr Naidu said.

Listing the achievements of the mission, he said that based on reports received till the end of August, the states of Gujarat, Madhya Pradesh, Karnataka, Punjab, Chattisgarh, Andhra Pradesh, Rajasthan and Haryana have been the top 8 performers in respect of construction of individual household toilets.

The minister said that if household toilets sanctioned or under construction were also taken into consideration, then Bihar and Telangana also join the ranks.

As against the target of construction of 25 lakh household toilets from the launch of the mission till March 2016, construction of 4,64,651 toilets has been completed and construction of another 11,80,454 toilets was in progress. This makes a total of 16,45,055 toilets.

"This makes me confident that the target set for March 2016 will be achieved," he added.

"Besides, central assistance of Rs.4,000 per toilet, 40 percent of the cost of construction of community toilets and 20 percent as viability gap funding in respect of solid waste management projects will be borne by the Centre."

"So far, total central assistance of Rs.1,03.72 crore has been released to 30 states and union territories," the minister said.

"An intensive campaign was launched on September 25, which will continue till the 11th of this month (October). This will be followed by 11 theme-based campaigns of 15 days each. In effect, the momentum will be sustained till March next year."