The November issue of the magazine 'Shivira', which carries 14 "simple suggestions" to stay healthy, states that while walking, running, riding bicycles, riding horses and swimming are activities carried out to improve one's health, it also recommends household chores to women to stay fit. 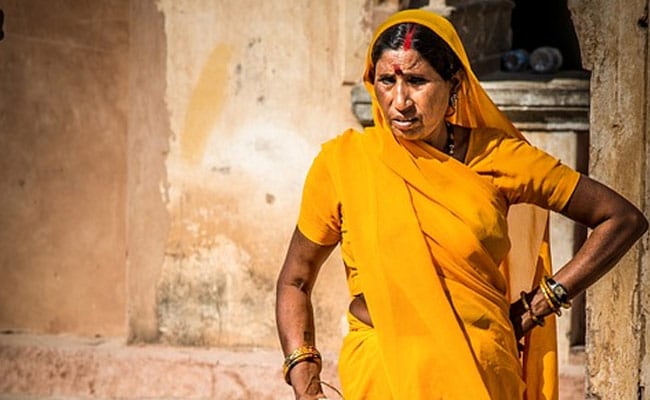 Jaipur: The Rajasthan Education Department's monthly magazine has landed in trouble after dispensing some questionable health advice. Women could do household chores like clean their homes, make lassi, butter, play with children and even "laugh for 10 to 15 minutes a day" if they want to stay fit, it says.

The November issue of the magazine 'Shivira', which carries 14 "simple suggestions" to stay healthy, states that while walking, running, riding bicycles, riding horses and swimming are activities carried out to improve one's health, it also recommends household chores to women to stay fit.

Among its debatable claims is also advice about diets. People should eat only half of how much they feel hungry for - leaving a quarter of space in the stomach to drink water and another quarter to simply breathe air (Bhookh se kum khaao, athva aadha pet khaao, chauthaai paani ke liye, evam chauthaai pet havaa ke liye khaali rakho), it says.

The Rajasthan magazine Shivira received criticism for saying women could do household chores to stay fit.

On social media, many took offence at the magazine directing its advice of doing domestic chores only at women. Some said that the publication was of a government led by a woman - Chief Minister Vasundhara Raje - did not seem to have helped its judgement.

"This is taking women back to drudgery. It's so retrograde, it reinforces old gender stereotypes," said Komal Srivastav of Bharat Gyan Vigyan Samiti, an NGO operating in Rajasthan.

Admitting the error, Nathmal Didel, Director of Secondary Education and the magazine's chief editor, told the Hindustan Times newspaper that including the domestic activities should not have been mentioned in the magazine as exclusively for women.

Promoted
Listen to the latest songs, only on JioSaavn.com
Mr Didel also said that the writer of the guidelines was influenced by how things had traditionally occurred in society and said there was no intention of discrimination behind the guidelines.

"But that is how it has traditionally happened in our society and the writer was probably influenced by that. I assure you, there is no discriminatory intention behind this," Mr Didel said.