At "Waste Bar", trash is cash. You can exchange anything from cigarette butts, bottle caps and even plastic straws for a drink at the bar. 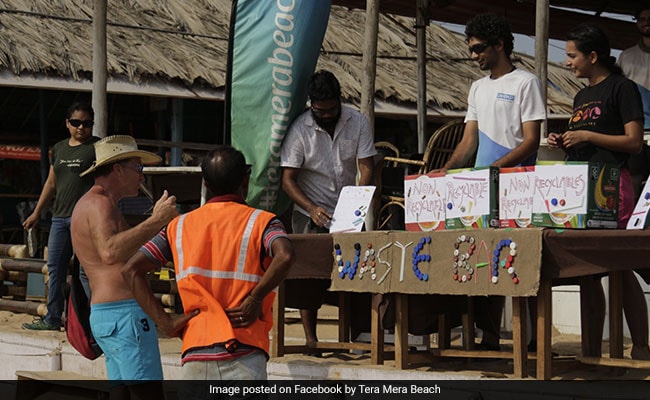 At Goa's "The Waste Bar you can exchange trash for cash in exchange for a drink.

A drink in hand, a view of the beach - this would be an ideal description of a vacation at Goa. You can now get this drink for free, thanks to a cleanliness drive by an organisation - Tere Mere Beach Mein.

At their "Waste Bar", trash is cash. You can exchange anything from cigarette butts, bottle caps and even plastic straws for a drink at the bar.

"The Waste Bar" was first set up in April last year, where the organisers carried out a cleanliness campaign with the same concept. In 2018, the drive was among those success stories that ran for over 150 days. It had the support of Drishti Marine, which provides lifeguard services in the city, Goa Tourism, the Museum of Goa, among other departments. 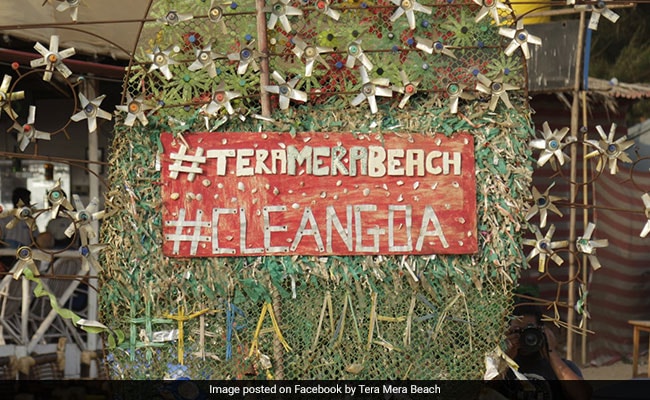 "The Waste Bar is a unique one-of-a-kind pop-up bar where trash is the only cash. Collect waste from the beach, exchange for drinks at the bar. Plastic straws, cigarette butts and bottle caps can be used as currency," says the official Facebook page describing the event.

The event that began on January 30 at Baga beach, one of north Goa's most popular beaches, will extend to several other Goan beaches. 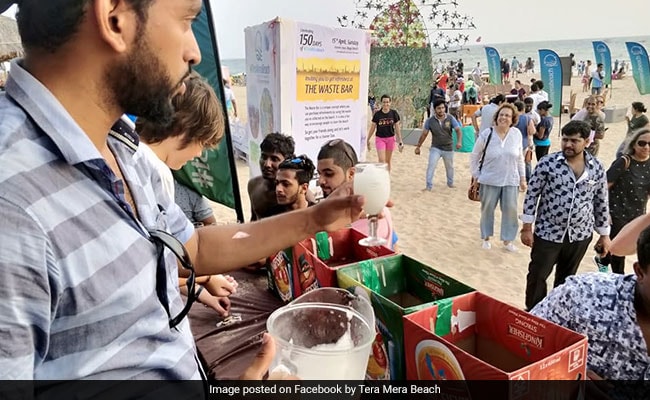 In a bid to fight the dip in tourists to Goa, the government had put in place a bill imposing a fine of Rs 2,000 or imprisonment for up to three months, for drinking alcohol or cooking in public on Goa's beaches.

The amendment came after the tourism and travel industry stakeholders blamed the government for poor vision as well as lack of will to attract "quality tourists" to Goa. 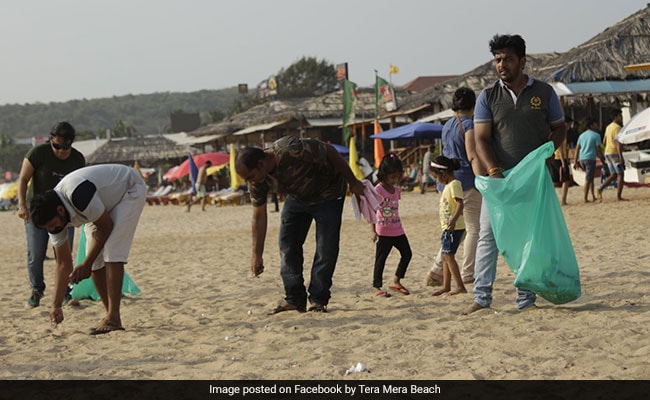 The introduction to the Bill says its objective is to protect and preserve tourism potential of tourist places in Goa and keep them clean and free of nuisance.

Apart from the trash-for-cash at "The Waste Bar", those visiting Goan beaches are in for a variety of programmes including jamming sessions and contests.