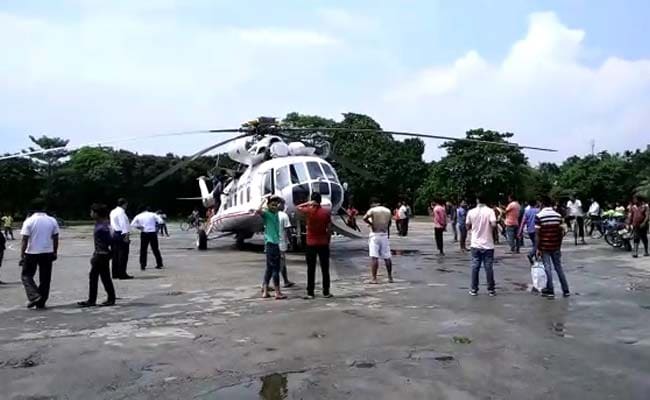 An MI-17 helicopter made emergency landing in Assam's Nagaon

Nagaon: An Mi-17 helicopter, meant to ferry passengers between Guwahati and Itanagar, was forced to make an emergency landing this morning at an open field in Assam's Nagaon after its pilot suspected a fuel-leak.

Two passengers and six staff members of Sky One Airways, the company that owns the chopper, were on board the civilian version of Mi-17 helicopter and were on their way to state capital Itanagar when the incident occurred.

Sky One Airways operates a shuttle service between Guwahati and Itanagar, a distance of 390 kilometres by road.

In April 2011, after an Mi-17 helicopter crashed in Tawang killing 17 people, the DGCA had banned chopper operations for civilian flights.

Promoted
Listen to the latest songs, only on JioSaavn.com
Barely a few days later, the then chief minister, Dorjee Khandu, was also killed when his official chopper crashed after getting caught in turbulence while flying over the Sela Pass in Arunachal Pradesh.