NDA's Performance In Bihar Not As Per Expectation: Chirag Paswan

Chirag Paswan, LJP Parliamentary Board chief, said the reasons for this would be reviewed at a meeting of the ruling coalition. 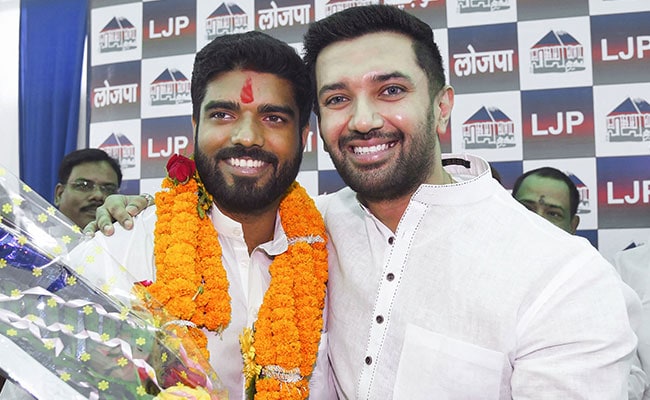 Saying that the state bypoll outcome did not match their expectations, the LJP Parliamentary Board chief said the reasons for this would be reviewed at a meeting of the ruling coalition.

He exuded confidence that the NDA will bounce back in the 2020 assembly polls in Bihar.

LJP is a partner of the BJP and JDU in the NDA in Bihar.

"There is certainly some concern for the NDA as we could not perform as per our expectation. We (NDA leaders) will have a review meeting as why results are not as per our hopes and the reasons behind it.

"We will find out our mistakes and reasons for bypoll results and fight 2020 Bihar assembly polls with our full strength to register a historic victory under Chief Minister Nitish Kumar," Mr Paswan told reporters.

He claimed the NDA would win 225 assembly seats in the 243-member Bihar Assembly.

The NDA won the Samastipur reserved Lok Sabha seat comfortably, but could manage to register victory  in just one out of the five assembly seats in the assembly by- election, results of which were declared on Thursday.

"It will not be correct to make any kind of statement in haste when the results are declared barely 24 hours ago," the LJP leader said adding the NDA leaders would review the outcome.

Asked whether people have rejected Chief Minister Nitish Kumar's face in the bypolls, he said it would not be correct to say so.