'She Died in Her Mother's Lap': Father of 2-Year-Old Killed in Accident With Hema Malini 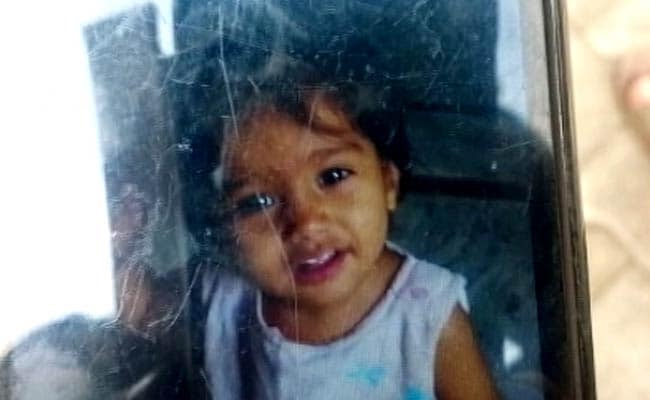 File photo of Chinni, who died in a car accident in Dausa, Rajasthan

Jaipur, Rajasthan: Two-year-old Chinni's life could have been saved if had she been rushed to a private hospital with actor Hema Malini, claims the girl's father who is himself recovering at a local hospital in Jaipur after last night's deadly accident.

The 66-year old actor turned politician's Mercedes car had rammed a Maruti Alto car near Dausa in Rajasthan yesterday. One girl died and four others were badly injured in the Alto, while Hema Malini and her driver suffered injuries.

Harsh Khandelwal, who was driving the Alto car, claims that all five people in their car lay bleeding on the road for about 20-25 minutes till help arrived, while the BJP lawmaker was immediately rushed to Jaipur's Fortis hospital by a local doctor.

"My little girl died in the lap of her mother in car. It is sad that mother is also struggling for survival in poly-trauma ward in the hospital. She does not even know that Chinni is no more," said Mr Khandelwal.

An uncle of Chinni, Shirish Gupta said, "Hema Malini was taken to a hospital in Dausa by a doctor immediately after the incident. He then took her to Fortis hospital while Chinni was lying at the spot for 15-20 minutes. Nobody asked about her. Had she (Chinni) been taken to the hospital along with Hema Malini, she would have been saved."

Relatives of the Khandelwal family said that they are not looking for any compensation from the government. A relative who didn't want to be named told PTI, "The actress' car was being driven on wrong side that led to the mishap. Had all five of injured admitted to a private hospital, they would have been better now."

Mr Khandelwal has filed a complaint with the local police station in Dausa against Ramesh Chand Thakur, who was driving the lawmaker's car when it met with the accident. Mr Thakur has been arrested by the police.