Last week, Indian and Chinese soldiers were involved in a face-off on the banks of the high-altitude lake and also in North Sikkim. 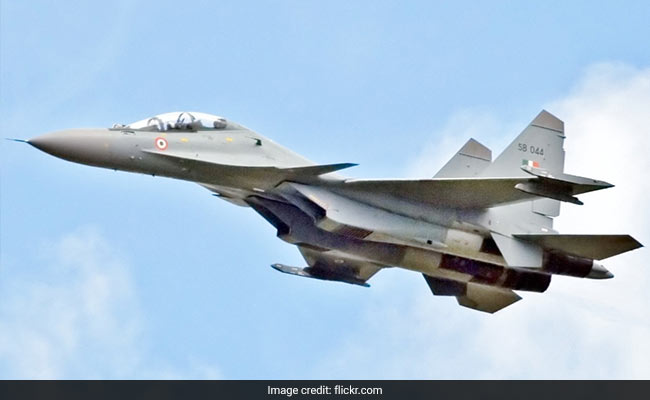 Indian Air Force Sukhoi-30 fighters were deployed at the time of the stand-off between the Chinese and Indian soldiers on May 5 near the Line of Actual Control in Ladakh, NDTV has learnt.

Last week, Indian and Chinese soldiers were involved in a face off on the banks of the high-altitude Pangong Lake in Eastern Ladakh and also in North Sikkim. Several Indian and Chinese soldiers were injured in the incident in Ladakh. "Incidents of face off and aggressive behaviour occur on LAC. Patrols disengage after local level interaction and dialogue. Temporary and short duration face-offs occur as boundary is not resolved. Troops resolve such incidents mutually as per established protocols," Colonel Aman Anand, the spokesperson of the Army, said.

Army sources have also told NDTV that a Colonel and a Major who were reportedly injured in the clashes between the Chinese and Indian soldiers near the Pangong Lake are not in hospital and are now with their soldiers in their unit lines.

Local Chinese and Indian Commanders met after the clashes and both sides disengaged on May 6.

The Army has denied reports that the Indian and Chinese Army are in the midst of a stand-off in the North bank of the Pangong Lake.

"This is to clarify that there is no continuing face-off at the Pangong Tso Lake. There is no build-up of armed troops in the area," said the army spokesperson.

The clashes in Ladakh and in North Sikkim are expected to come up in the next round of high level talks between the Indian and Chinese Army when they are scheduled.