New images accessed by NDTV show limited areas in the disputed zone on both banks of the Pangong Lake and do not present the entire area at the centre of tensions between India and China. 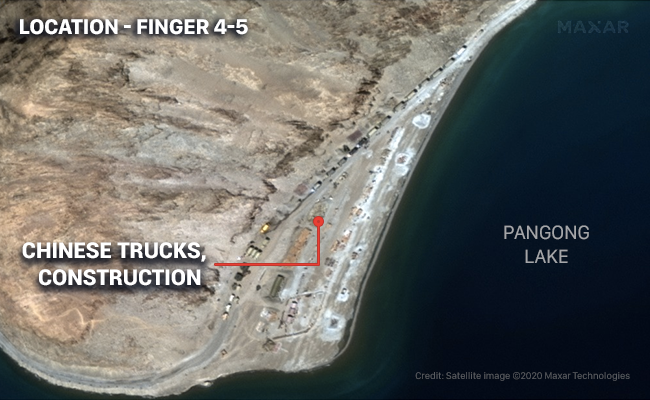 Satellite imagery of the Pangong Lake region in eastern Ladakh shows a further consolidation of Chinese construction activity in the North Bank and the creation of new Chinese posts near the Line of Actual Control in the South Bank where Indian and Chinese forces are in the midst of a dangerous stand-off.

New images accessed by NDTV and presented here show limited areas in the disputed zone on both banks of the Pangong Lake and do not present the entire area at the centre of tensions between India and China. 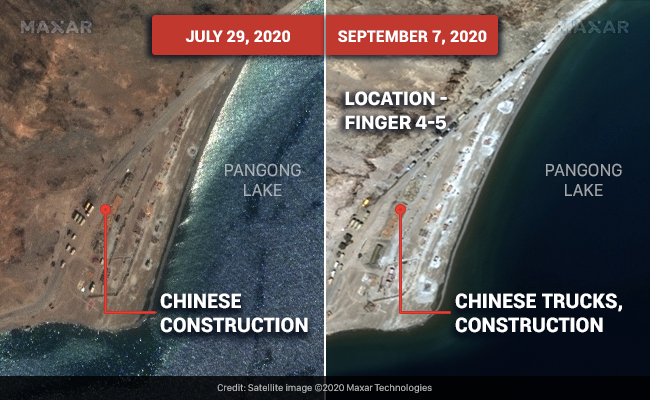 Images of Finger 4-5 shows extent of Chinese construction between June and September 2020. Click here for a high-resolution image.

Images of the North Bank of Pangong show a substantial consolidation of Chinese construction activity in the Finger 5 region but no effort at resuming construction activity at Finger 4 from where Chinese forces partially disengaged after military talks over the last few months. However, it is believed that Chinese forces have strengthened their ground positions further up the ridge-line here, along the de-facto Line of Actual Control in this area. These positions have not been captured in the images shown in this report. 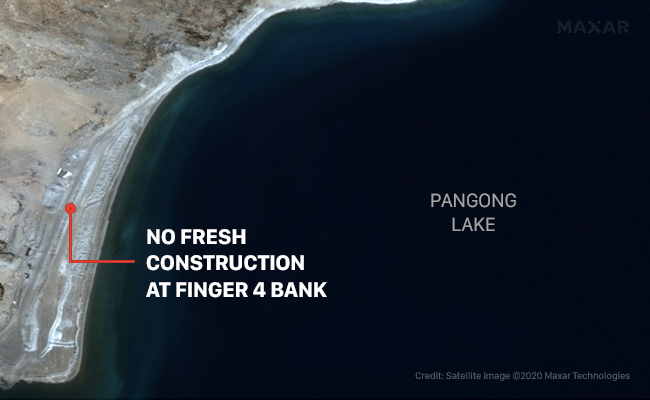 No fresh Chinese construction on Finger 4, near banks of Pangong Lake.Click here for a high-resolution image.

The images of the South Bank of the Pangong Lake shown here indicate the presence of Chinese trucks and tents less than a kilometre from the Line of Actual Control near the Pangong Lake in this region. These camps are in the vicinity of Thakung, an Indian Army position from where India is believed to have surged soldiers on the night of August 29/30 to pre-empt any Chinese effort at unilaterally altering the status of LAC in the region. 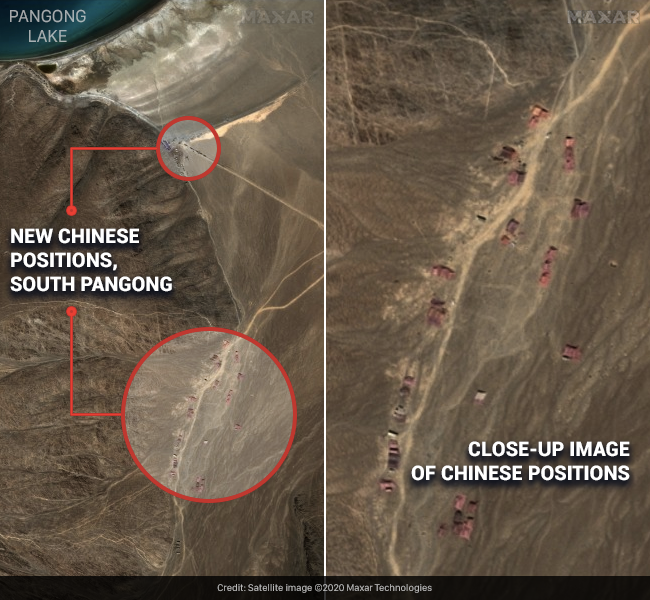 The bulk of both Indian and Chinese positions in South Pangong lay further to the West, on ridge-lines or along valleys near the Spanggur Tso Lake. While India continues to hold key positions on ridge-lines which offer it a tactical edge, satellite images which this correspondent has seen, indicate the presence of hundreds of Chinese tents in the valleys along these ridges, indicative of the presence of upwards of five thousand Chinese soldiers. Sources have also indicated to NDTV that both India and China have extensive deployments of tank forces in the area which can be utilised in flat areas such as the Spanggur Gap and the broader Chushul Valley. Artillery and rocket forces of both sides have been deployed in concealed 'depth' positions in the event of a larger conflict. 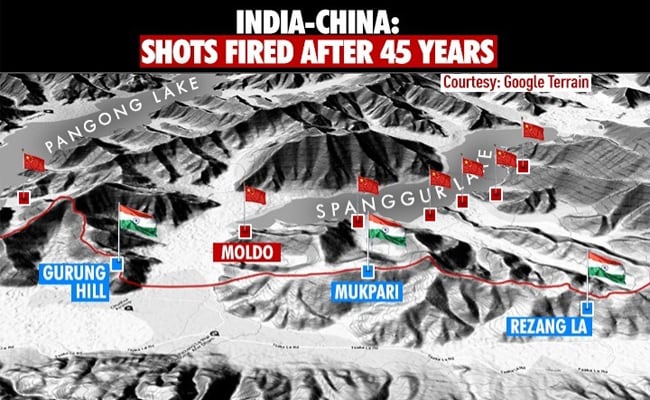 Broad locations of Indian and Chinese soldiers in the South Pangong region. Click here for a high-resolution image.

On Wednesday, the Indian Army released images of Chinese infantry soldiers armed with spears approaching the Army position in Mukhpari which is right on the LAC. These soldiers were warned that any effort to cross the LAC would be resisted with force. As they turned to leave, a Chinese soldier fired a few rounds in the air, warning shots, the first use of gunfire along the China boundary in 45 years.

India and China have had multiple rounds of talks at diplomatic and military levels since the crisis in Eastern Ladakh began in early May when Chinese soldiers intruded into Indian areas and did not return to their original positions. China and India have differing perceptions of the lay of the Line of Actual Control across Ladakh. The inability to delineate the LAC lies at the core of the boundary crisis between the two nuclear-armed nations.