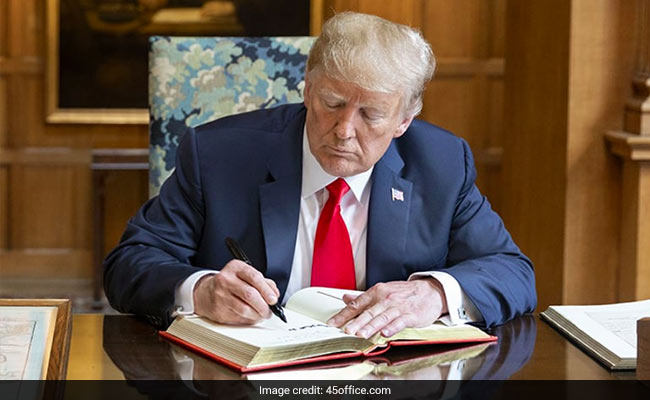 China on Monday rejected former US president Donald Trump's demand to pay $10 trillion as reparations to America and the world for the death and destruction caused by the COVID-19, saying the accountability lies with politicians who ignored people's lives and health.

Speaking at a Republican Party convention in North Carolina on Saturday, Trump, who termed the COVID-19 as "China virus" and "Wuhan virus", said China should pay hefty compensation.

"China should pay USD 10 trillion to America, and the world, for the death and destruction they have caused!" said Trump.

When he was in power, Trump had called for a probe alleging that the virus had leaked from China's Wuhan Institute of Virology (WIV) and even pulled out of the World Health Organisation (WHO) accusing the UN health agency of supporting Beijing.

"Trump repeatedly ignored the facts and tried to shirk his responsibilities of failing to respond to the epidemic and tried to divert people's attention," Wang said.

Trump persisted with the allegations against China for failing to control the virus at home and letting it spread to the world when the coronavirus spread like wildfire in the US in 2020 and later.

While China persistently denied the allegation pointing to the conclusion of the WHO probe which visited the WIV early this year that it is "most unlikely" from the lab, the suspicions resurfaced with recent reports that some of the staff of the WIV lab fell sick well before China officially admitted the spread of the coronavirus in Wuhan in December, 2019.