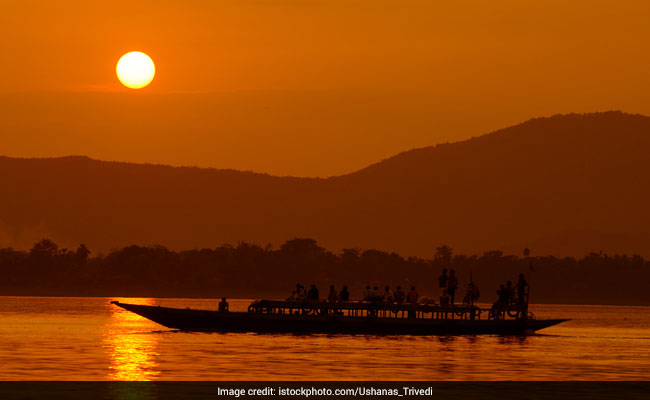 China's plans to build dams on Brahmaputra have led to water diversion concerns in Bangladesh.

New Delhi: Amid reports of China trying to build dams over the Brahmaputra, Bangladesh today said it is "very concerned" about diversion of water and is prepared to participate in a joint water basin management.

Bangladesh High Commissioner to India Syed Muazzem Ali batted for joint-dredging of rivers and said the prime ministers of the two countries had an extensive discussion on the issue.

Responding to a question on China building dams on the Brahmaputra, he said: "On the Brahmaputra basin, we are very concerned about diversion of water and Bangladesh is prepared to join a joint basin management concept where we will discuss the points of water as it flows from the point of origin to the point of exit in the sea."

"And naturally, we will be very happy to fully cooperate with all regional joint agencies," he said.

Speaking to reporters at an interaction organized at the Indian Women Press Corps in New Delhi, he added Bangladesh believes in joint river basin management both in the Ganges and the Brahmaputra.

The Brahmaputra originates in Tibet. In China, it is known as Yarlung Zangbo. A major river, it enters Bangladesh, where it meets the Ganges and drains into the Bay of Bengal.

He said Dhaka's relationship with Beijing is primarily in the sphere of economics, trade and commerce.

"China has offered us lines of credit. But that is not free and we have to return it to them. We are also using credit on projects where there is comparative advantage," Mr Ali said.

He, however, added that Bangladesh has chosen only those lines of credit from China where it has an advantage.

"We have economic relations with China, but not the kind of projects we have with India. There are certain areas where the Chinese have an advantage. For example, the longer time to repay (the credit) but not all Chinese credit lines are used," he added.

"We do not want to get into the debt trap. Bangladesh has not faltered on any of its debt with the World Bank, with China, with India or with any country. Individually, I have not forgotten the 1971," he added.

On the Teesta water-sharing agreement, he said discussions have been going on within India between Sikkim, West Bengal and the Centre.

Promoted
Listen to the latest songs, only on JioSaavn.com
The Teesta river originates in Sikkim and flows through West Bengal as well as Bangladesh, which wants a higher share of water than it gets now.

"We will be happy to sign that agreement," he added, noting that it would be good if that happens before the general elections in Bangladesh next year.