"The children who were spoiled during the Akhilesh Yadav government are committing crimes," Rajendra Pratap Singh said in Gorakhpur. 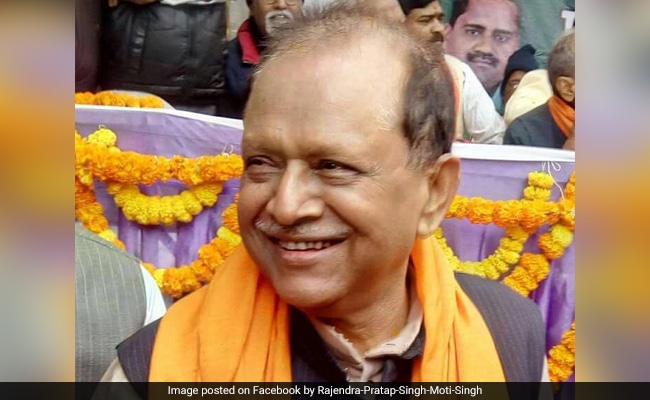 During the Samajwadi Party government, there was a "jungleraj", Rajendra Pratap Singh said

Uttar Pradesh Rural Engineering Minister Rajendra Pratap Singh has blamed the Samajwadi Party for the current law and order situation in the state, saying "children spoiled during the previous regime were committing crimes".

"During the Samajwadi Party government, there was a "jungleraj" but the present government in the state is working on controlling crime," the minister added, alleging that police were crippled in the Akhilesh Yadav-led regime but now they had freedom.

When asked about the tearing of a copy of the Citizenship Amendment Bill in Parliament by AIMIM leader Asaduddin Owaisi, he said everyone knew the history of Mr Owaisi and his USP lies in such activities.

On the Congress, he said, the party was directionless as they lacked a leader that could restore people's confidence in them.

It seems the foremost responsibility of the Congress party was to protest the decision that goes in the favor of country, he said, adding that people of India are happy with the Bill.