Chhota Rajan May be Brought to India Today: Sources 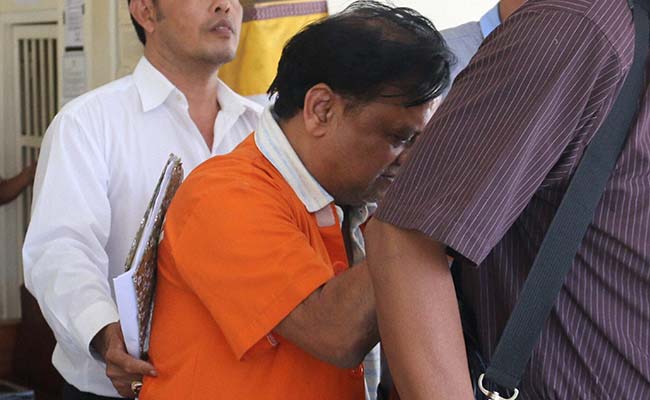 Bali: Most-wanted Gangster Chhota Rajan, arrested last week in Bali, is likely to be brought back to India today.

An Indian team that reached Bali yesterday is working on his deportation; Rajan is likely to be brought to Delhi first.

The team comprising officers from the CBI and the Mumbai and Delhi police is meeting Rajan in jail.

The 55-year-old crime boss is wanted for over 70 cases of murder, extortion and drug trafficking in Mumbai. Following an Interpol notice in 1995, he spent two decades running from the police in various countries until he was arrested after he stepped off a plane from Sydney on October 25.

The Indian team has taken a dossier of his cases, translated by the Mumbai police in English and Bahasa, the language of Indonesia.

Rajan had last week alleged that his security in Bali was weak and had sought consular access. Indian embassy official Sanjeev Agarwal traveled from Jakarta to Bali and met him for 45 minutes on Sunday.

Reports suggest Rajan's arrest was a part of his secret deal with Indian security agencies; the gangster is believed to have sought help as over the years, his network has been weakened considerably and the threat from his former boss turned enemy Dawood Ibrahim has remained unabated; the terrorist has made several attempts on his life.

When Rajan was arrested at the Bali airport, he was carrying an Indian passport with the assumed name Mohan Kumar.

Security of the Indian officials as well as that of Rajan has been enhanced due to the high threat perception to Rajan from Dawood Ibrahim.
Comments
Chhota RajanBali policeMumbai policeDawood IbrahimRajan arrestRajan deportationIndonesia