Speaking to NDTV, Chhattisgarh Health Minister TS Singh Deo claimed the central government never asked the state about the number of deaths due to oxygen shortage. 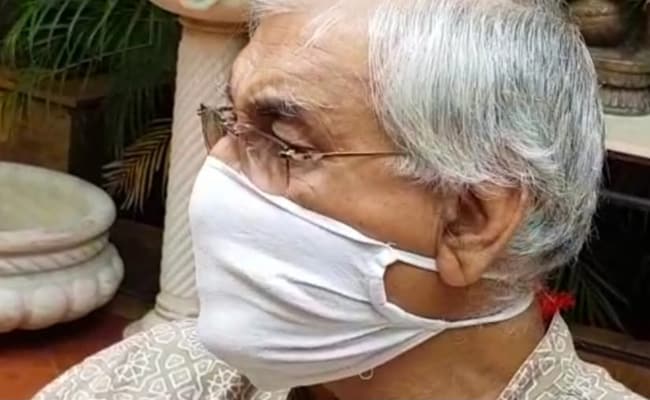 Days after the central government's statement in parliament that "no deaths due to oxygen shortage have been reported by states" during the second Covid wave, the Congress-led Chhattisgarh government has made an all-out attack on the centre. The Bhupesh Baghel-led government, which has said the centre is "lying", is also preparing to carry out an audit to list the deaths that happened due to the lack of medical oxygen at the peak of second wave.

Speaking to NDTV, Chhattisgarh Health Minister TS Singh Deo claimed the central government never asked the state about the number of deaths due to oxygen shortage.

"They only said provide the number of deaths in a day, deaths due to comorbidities, and types of comorbidity, or otherwise. The state government is conducting an audit of deaths recorded during the second wave to confirm if any patient died due to shortage of medical oxygen," he said.

"There are two points to be made here. One - we have surplus oxygen, Two - there is no record that anybody in Chhattisgarh, whether in private or government hospitals, died due to the lack of (medical) oxygen. We are completely open to correcting our data."

Chhattisgarh is also preparing a list of deaths that were not logged earlier, the state's Health Minister said. "We have added about 600-800 names to the list of backlog deaths. More names are to be added to this list. We want to be completely transparent... there is nothing we want to hide," he said.

Further stressing on his comment that the "centre is lying", even though Chhatisgarh has not officially registered any deaths due to oxygen shortage, TS Singh Deo said: "The issue here is the matter was raised in Rajya Sabha, which is a sacrosanct forum. In our democracy, if you ask a question and you give a reply, it goes on record and you are accountable to the House."

"As per the reply, which was given, the states have said there were no deaths because of lack of oxygen, which was incorrect as the government never asked us."

"Our department has started an audit, If you have any information, any NGO, family members, that someone died because of the lack of oxygen, we will update our records," the Chhattisgarh Health Minister pointed out, adding that the production capacity of the state was 388.87 metric tonnes, while the peak consumption was reported to be 180 MT on April 26.

He also accused the centre of not giving enough vaccines to the state. "We have a capacity of vaccinating 1 crore people every month. In July, government of India given us 20 lacks vaccine so we are short of 80 lacs for.

Earlier, Arivnd Kejriwal government in Delhi had attacked the central government over 'no oxygen deaths' remark, claiming that an audit panel was set up but it was dismissed by Delhi Lieutenant governor Anil Baijal.