While it's not clear whether the cops were drunk, they were arrested only after a video shot by one of the eyewitnesses went viral 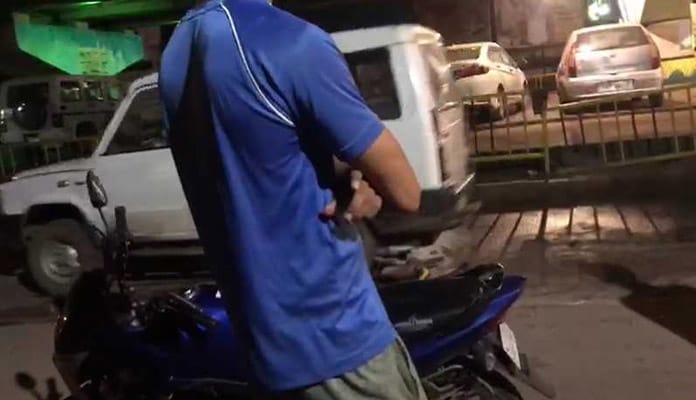 The cops were arrested three days after they hit the cow and were immediately given bail.

Amid clamour over cow protection and mob lynchings merely on suspicion, a cow was run over by cops in Chhattisgarh, the state ruled by the BJP. The two accused cops were driving the police patrol vehicle, a Tata Sumo, when they crushed the cow on National Highway-46. The cow was taken to a veterinary hospital where she continues to be critical.

While it's not clear whether the cops were drunk, they were arrested only after a video shot by one of the eyewitnesses went viral.

"It was around 12.30 in the night on July 17. The men in the PCR van were drunk. The cow was crossing the road when they hit her. The cow's leg got stuck under its wheel. People gathered to save her but the cops seemed determined to kill her. We pleaded with them, but they again ran over her," an eyewitness said.

The cops were arrested three days after they hit the cow and were immediately given bail. Animal rights activists allege that the police tried to shield them.

When NDTV questioned Chhattisgarh Home Minister Ram Sewak Paikra about the incident, he was caught off guard and said the guilty won't be spared if it were true.

"In Chhattisgarh, we are cow saviours. Every Indian should protect cows. We will investigate if it was an accident or they deliberately did it. Strict action will be taken if they are found guilty," Mr Paikra said.

A man attacked by a mob of cow vigilantes in Rajasthan's Alwar on Friday had died in police custody. NDTV had reported that the police had taken the critically injured man to hospital only after a three-hour delay.

"After investigating we have found out that the cows were first dropped off at the gaushala (shelter). They shouldn't have done that," the state home minister Ghulab Chand Kataria said.

Amid countrywide outrage over mob killings, the home ministry has issued a circular that said states are responsible for "controlling crime, maintaining law and order and protecting the life and property of citizens". The states, the notice said, should take into account a Supreme Court order to do all that's needed to curb such incidents.