Chhattisgarh BJP Leader Arrested After 27 Cows Die At His Cowshed

The Chhattisgarh Rajya Gau Sewa Aayog, which lodged an FIR with the police today after its team visited the cow shelter run by Harish Verma, has alleged that lack of proper facilities at the cow shelter were responsible for the deaths. 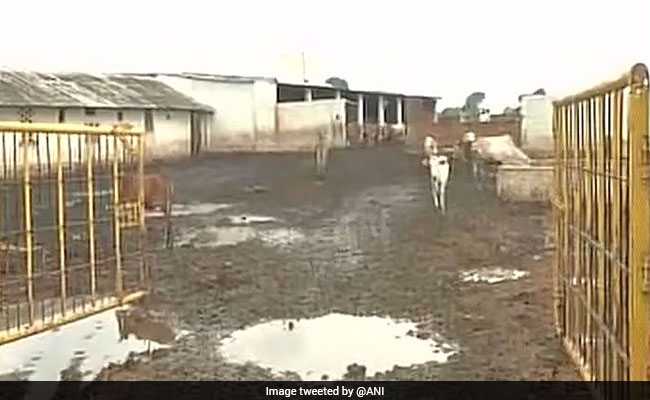 Raipur: A local BJP leader was arrested today after 27 cows died in the last three days at his government-aided gaushala, or cow shed, in the Durg district of Chhattisgarh.

The Chhattisgarh Rajya Gau Sewa Aayog, which lodged an FIR with the police today after its team visited the cow shelter run by Harish Verma, has alleged that lack of proper facilities at the cow shelter were responsible for the deaths.

Mr Verma, who holds the post of vice-president in Jamul Municipality, has been booked under sections 4 and 6 of Chhattisgarh Agricultural Cattle Preservation Act 2004, under section 11 of Prevention of Cruelty to Animals Act 1960 and section 409 (criminal breach of trust) of the IPC, the IG said.

Mr Verma has claimed that the cows died due to collapse of a boundary wall on August 15.

"In the last three days, 27 cows were reported to have died of unknown reasons in the gaushala of Rajpur. Around 500 bovines were housed in the government-aided shelter home. Soon after getting the news of the incident, a team of veterinary doctors was sent to the spot. The district administration has initiated an investigation to ascertain the cause behind deaths of the cows," Durg Additional Collector Sanjay Agrawal said.

He said the exact cause of the deaths was yet to be ascertained as the blood samples of the carcasses of the cows have been sent to laboratories and reports are awaited.

"A case was registered today against Harish Verma in connection with the death of the cows at his 'gaushala' in Rajpur village under Dhamdha police station limits," Durg Superintendent of Police Amresh Mishra told PTI.

A complaint in this regard was filed by the Gau Sewa Aayog alleging the lack of management and proper facilities at the facility, he said.

"On August 15, several cows were injured in the Gaushala after the boundary wall collapsed due to heavy rains. Thereafter, 26 of them succumbed to injuries while treatment of some other cows is underway," he said.

Mr Verma alleged that he was not receiving the grant from the Gau Sewa Ayog even after repeated requests.

Promoted
Listen to the latest songs, only on JioSaavn.com
The main opposition Congress has alleged around 300 cows have died in Mr Verma's shelter home in the past three days.

"According to local villagers, around 300 cows have died of starvation and lack proper care as they were not fed properly in the 'gaushala'," state Congress spokesperson RP Singh said and demanded a high-level probe into the matter.
Comments
Harish VermaBJP leader arrestedcows dead in BJP leaders cowshed